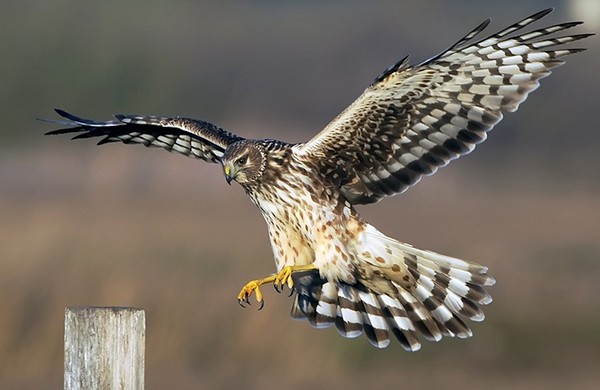 This bird, the Northern Harrier, which used to be called the Marsh Hawk, is a great example of sexual dimorphism, which means that the male and female of the species exhibit different appearances. In this case the female, above, doesn’t look anything like the male, below. The female (speckled brown) is about twenty percent larger and fifty percent heavier than the male (gray above and white below). Both, however, fly low to the ground looking for prey, which are mostly rodents like rabbits and voles. The females have been known to kill and eat birds as large as they are, like geese. The one I saw today was a female with a wingspread of nearly four feet and she was flying over recently cut alfalfa. 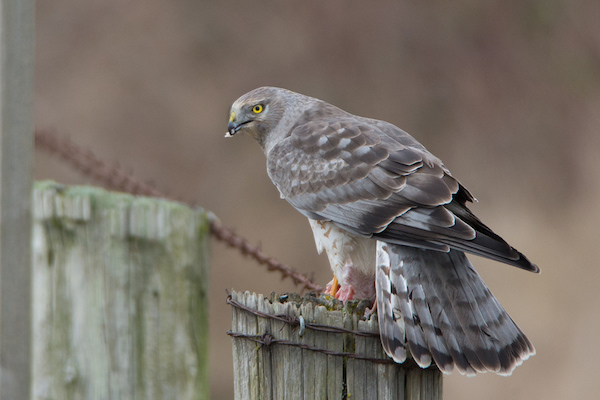 Male Harrier Feeding on a Rabbit

There is also an fighter jet called a Harrier, a VTOL aircraft, standing for Vertical Take-Off and Landing, meaning it doesn’t need a runway. I have seen this jet close-up, and when the pilot turns the jet in midair and faces you, it’s scary as hell. 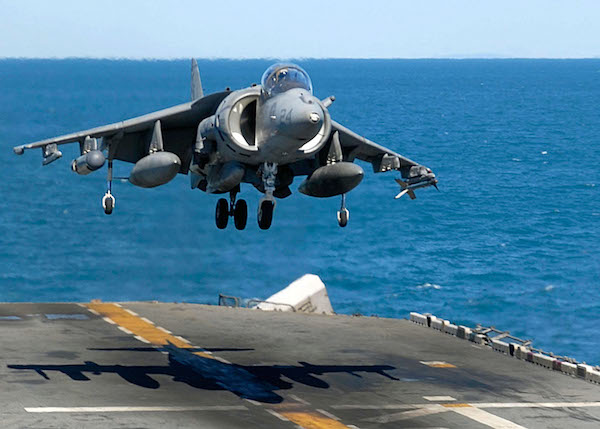