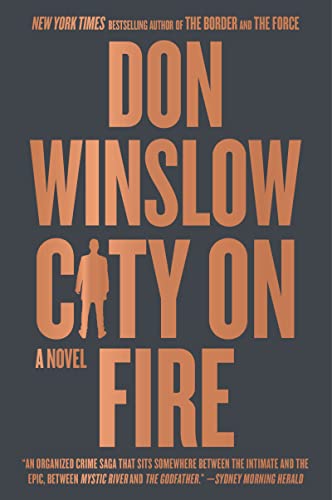 I think I’ve read every one of Don Winslow’s novels and enjoyed them all. He is one of our best crime novelists and he doesn’t deal with penny-ante misdeeds but rather crimes involving gangs, cartels, and the mafia–heavy duty stuff. His previous trilogy concerned Mexican cartels and  drugs, and City on Fire is the first book in a trilogy about the Mafia wars, namely between the Italians and the Irish in–of all places–Providence, Rhode Island. It has a strong plot, good characters, crisp, believable dialog, and is quite entertaining. And brutal. 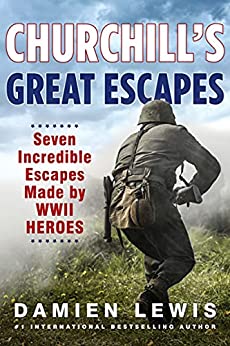 Damien Lewis is my favorite World War II historian.Why? Because he focuses on action rather than military strategy and troop positioning, which can get tedious. His action sequences read like fiction, but they’re all true and documented. Plus, we get to know the protagonists and are constantly rooting for them. The word “Churchill” does not need to be in the title, as he does not personally escape from anything, but the publisher knows what an attention-getting buzzword it is–especially for Americans. If you are a fan of WW II histories like I am, don’t miss this one!