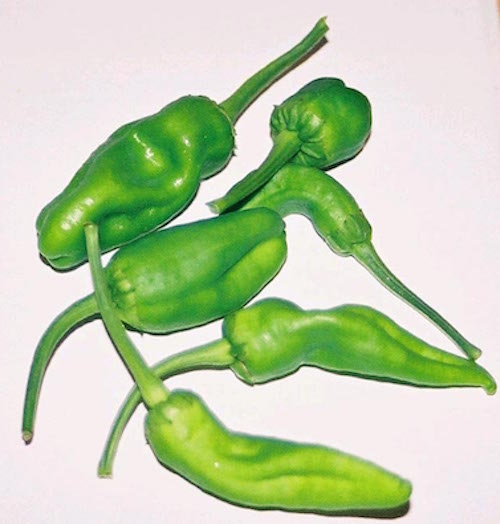 The image above shows you the reason I want my Pimiento de Padrón plant to survive. About a week ago we had a strong windstorm sweep through the valley. I was growing the plant in a pot on our front patio, and the plant had been divided as a seedling into two sections near the base of the plant. The section with the most foliage was hit so hard that it split apart from the other section as was on its side, though not completely wilted. A close examination showed that at the split, three-quarters of the plant was detached from the other section, but that still left a quarter of it attached to the undamaged vertical section. I decided to attempt a self-graft, hoping that if I reconnected the two parts, they might just grow together and save both sections of it. 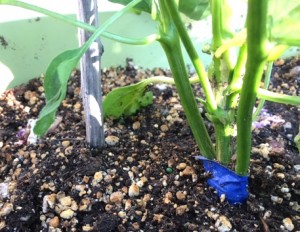 I propped up the broken section with the post on the left and then I used painter’s tape (right) to bind the two sections together tightly. 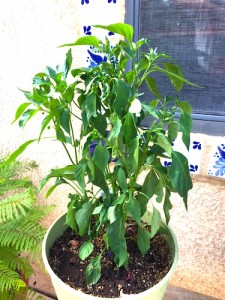 When placed back in the sun, there was some wilting, which was expected. This image was taken yesterday. 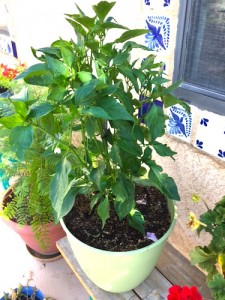 However, in the morning, the wilted sections had bounced back and the plant started flowering. I moved the plant from the direct sun to partial shade, and hopefully it will recover. 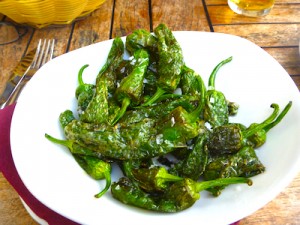 If I do save it, here’s what will happen: The whole pods are fried in olive oil and then sprinkled with salt flakes. Some pods are hot, some are not.

The Chile Plant Survived, But Is Smaller