One of my Christmas presents from Emily and Max was an AncestryDNA kit. I was hoping for a more exotic location for the origin of my ancestry, like Tasmania, but that was not to be. 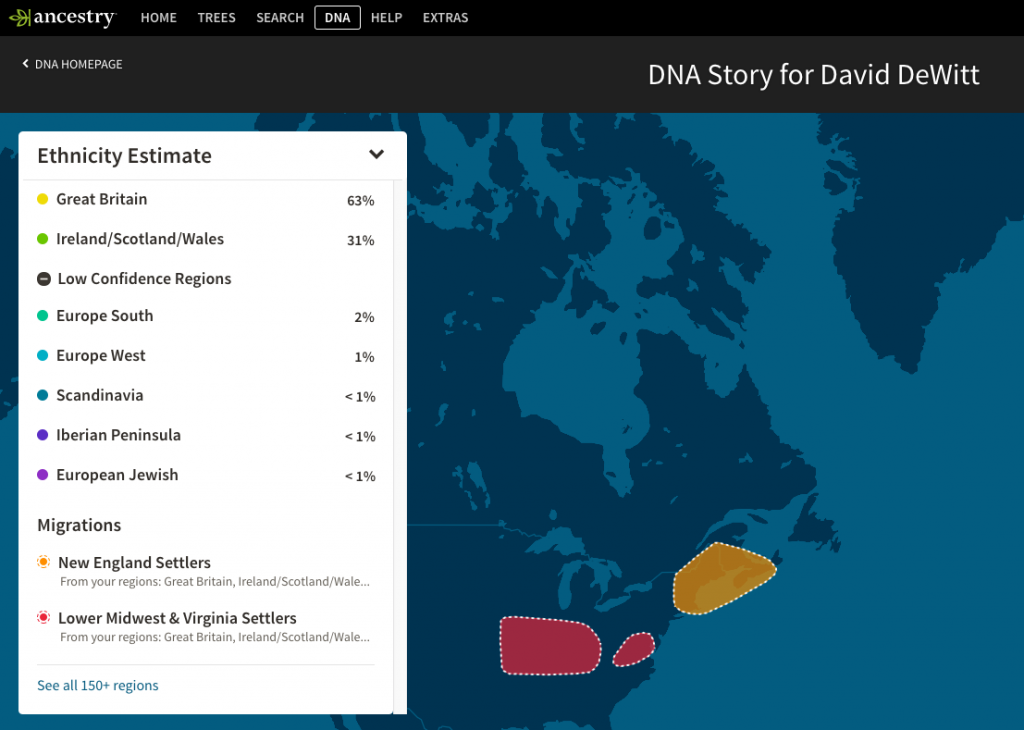 So if I have no Dutch DNA, why do I have the surname that I do? DeWitt or Dewitt is a concatenated, primarily American form of the Dutch surname De Witt, meaning “the white (one).” It also became a popular given name following the New York Governorship of DeWitt Clinton, whose mother Mary DeWitt was a descendant of the Dutch patrician De Witt family. As De Wit, De Witt, De Witte, Dewett, Dewitt, and DeWitt, this is a surname derived from the German and Anglo-Saxon word hwita, it is one of the many spellings of the popular surname ‘White’ which exists in every Northern European county.

I think that the answer to why I have a Dutch name while my ancestry is the British Isles is adoption. Generations ago, a poor, homeless British boy was adopted by a caring family of Dutch immigrants and given the honorific surname DeWitt. Some DeWitts like myself also have the given name David, which is Hebrew. So my name translates into “Beloved White Man,” which is pretty damned funny.