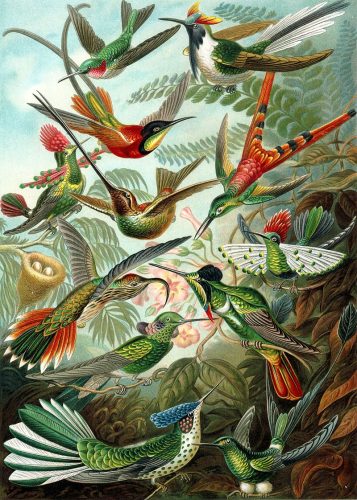 The hummingbirds in the above illustration by Ernst Haeckel are mostly South American species. The ones that visit New Mexico are below. Descriptions courtesy of the Cornell Lab of Ornithology. I see the Black-Chinned and the Calliope commonly in the spring and summer. In more than forty years of bird watching in Albuquerque, I’ve only seen the Rufous one time, and it was busy chasing other hummingbirds away from trumpetvine flowers. 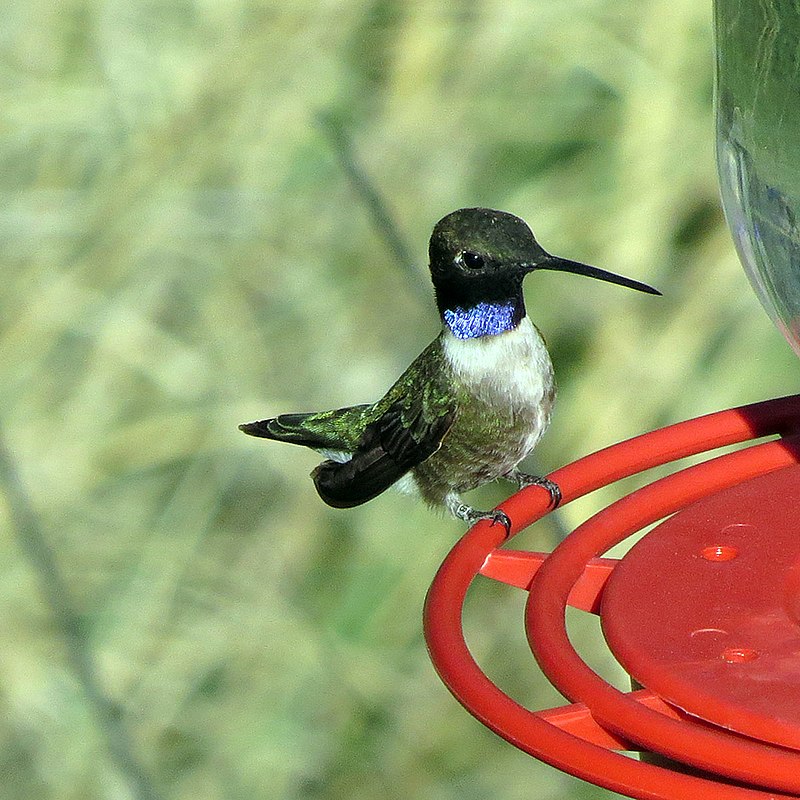 Black-Chinned Hummingbird. Lives in the Southwest, most common in canyons and along rivers. In arid areas, most often found near cottonwood, sycamore, willow, salt-cedar, sugarberry, and oak. Birds wintering along Gulf very often spend time in shade of oaks. After feeding may perch on high, bare branch for several minutes, surveying territory. Captures small insects in flight (or, in the case of spiders, while ballooning) or on flowers and even on the ground. May fly from perch to grab a single flying insect and then return to perch. May capture many insects in rapid succession in a swarm. Extracts nectar from flowers by extending tongue into the corolla while hovering. During courtship and territorial defense, males display by diving 66-100 feet. 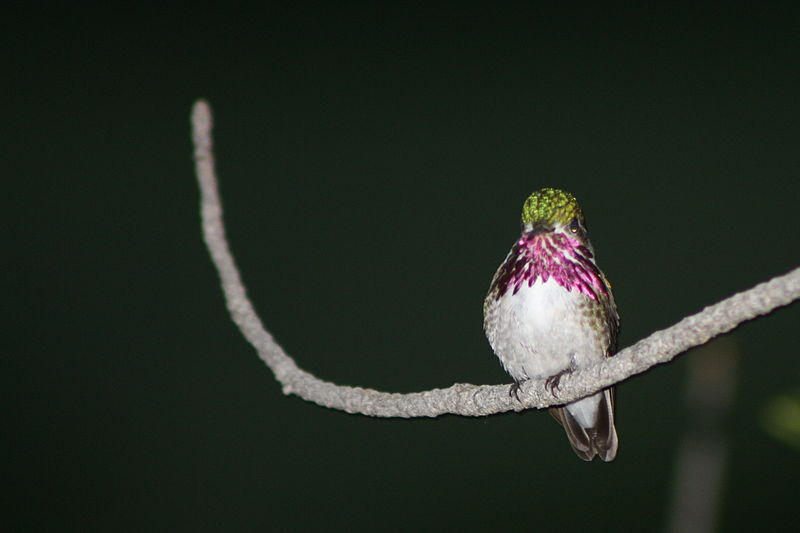 Calliope Hummingbird is named after Calliope, the muse of eloquence and epic poetry, who inspired Homer’s Iliad and Odyssey. Magenta rays burst from the throats of the male Calliope Hummingbird as it dances and hovers, performing U-shaped display dives for females. During these displays he makes a sputtering buzz with tail feathers and gives a sharp zinging call. This is the smallest bird in the United States, yet this tiny hummingbird breeds in meadows and open forests high in chilly Northwestern mountains, and travels more than 5,000 miles each year to pine-oak forests in Mexico and back again. 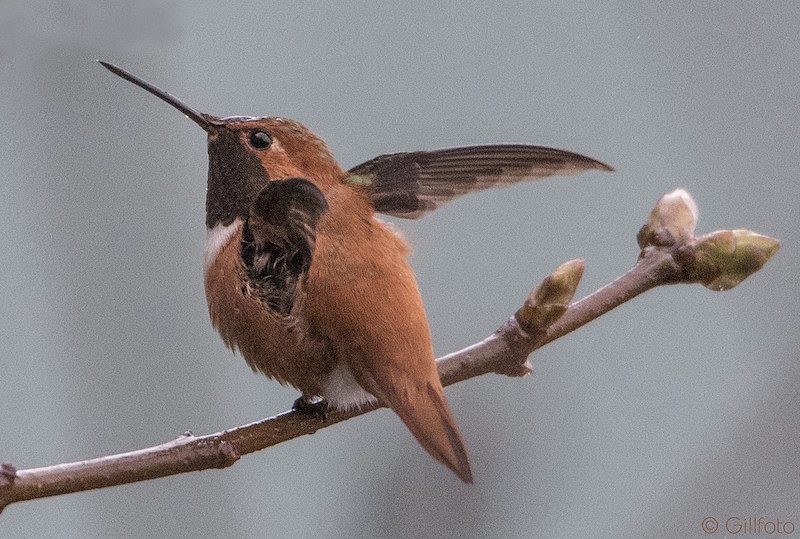 One of the feistiest hummingbird in North America. The brilliant orange male and the green-and-orange female Rufous Hummingbird are relentless attackers at flowers and feeders, going after (if not always defeating) even the large hummingbirds of the Southwest, which can be double their weight. Rufous Hummingbirds are wide-ranging, and breed farther north than any other hummingbird. Look for them in spring in California, summer in the Pacific Northwest and Alaska, and fall in the Rocky Mountains as they make their annual circuit of the West.

Free Birdseed (If There’s a Trumpet Vine in Your Neighborhood)

Sighting of the Month: Spotted Towhee