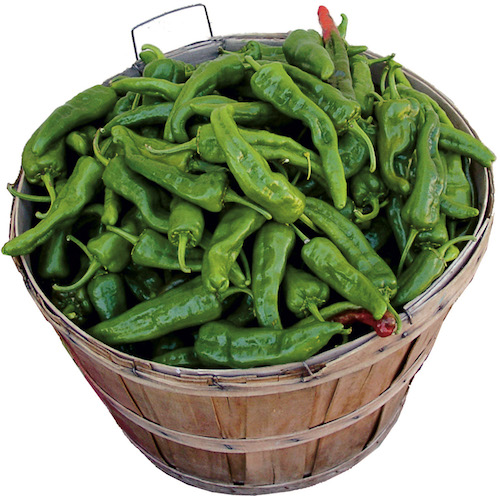 Española native and NASA technical and horticultural scientist Jacob Torres is a part of a team of about twenty people at NASA who are working to fulfill what is NASA’s current top priority: traveling to Mars. With a total of two years away from Earth, the astronauts’ prepackaged meals would not last the full duration of the trip, so Torres and his team are currently undergoing studies and tests to determine foods most suitable to grow in space. The research team of microbiologists, engineers and scientists became enticed by the possibility of using New Mexico’s famous Hatch peppers. The Hatch peppers were the top choice until Torres arrived and suggested Española or Chimayó peppers.

“Because of the legacy and knowledge base with chiles developed in New Mexico, it just seemed to be a logical connection to establish when NASA began to conduct experiments with peppers as candidate plants for growing in space,” NASA plant physiologist Ray Wheeler said. “Jacob was instrumental in helping us make those connections. The astronauts have often expressed a desire for more spicy and flavorful foods, and so having a bit of hot flavor also seemed to be a good thing. Plus, many peppers are very high in vitamin C, which is important for space diets.”

Wheeler said the Española pepper has been one of the best performers in the teams’ studies. It’s ultimately a cost-saving pepper, as its growth cycle is vastly shorter than Hatch chiles, based on the difference of elevation in the Valley.

“We were also looking for varieties that don’t grow too tall, and yet are very productive in the controlled environments that we would be using in space,” Wheeler said.

Dr. Roy Nakayama and Dr. Frank Matta released ‘Española Improved’ in 1984. This cultivar resulted from a hybridization between ‘Sandia’ and a Northern New Mexico strain of chile. It is an early-maturing red chile cultivar (155 days). It was bred for earliness and adapted to the shorter growing season in north-central New Mexico. It produces long, smooth, fleshy fruit with broad shoulders tapering to a sharp point at the apex. This shape is common among native pod shapes in the area. The mature, dark green fruit of ‘Española Improved’ average 6.18 inches in length and 1.23 inches in width. Relatively high green pod yields, fruit size, and marketable characteristics (long, smooth pods) make it superior to native strains for use as green chile. Fruit are also adapted for dry red products; its smooth, well-shaped pod dries well. It has high heat levels, 1,500 to 2,000 Scoville Heat Units. It has been a popular cultivar for Northern New Mexico and other areas needing an early-maturing cultivar.

The Española pepper will officially be the first fruiting plant grown in space, and will make its space debut in November aboard the International Space Station. The pepper will be grown on the Station’s two plant systems, called the Advanced Plant Habitat and Veggie.