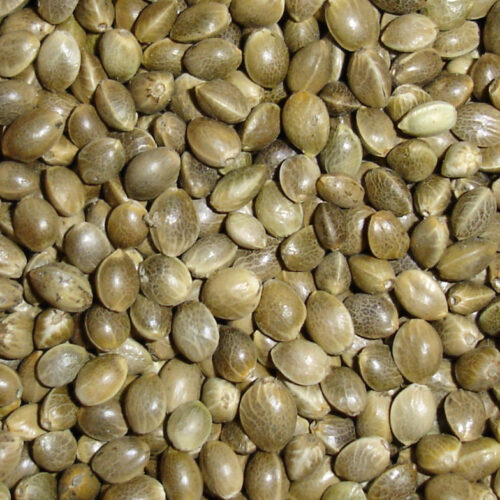 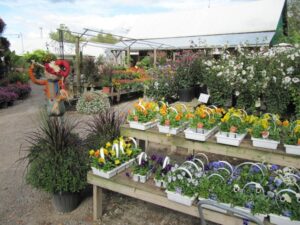 Bedding plants in a nursery,

Many home gardeners like to save seeds from their garden for future planting in order to either preserve a favored variety or to save a bit of money by not having to purchase seeds from some of the many seed vendors. But is this a good idea? The first thing to consider is seed viability–how long a seed retains its ability to germinate and grow. The second thing to consider is the cost of buying the seeds in the first place. The third thing to investigate is the cost of buying bedding plants–immature sprouts that are ready for hardening off and then planting. Finally, the fourth consideration (in the case of cannabis cultivation) is whether or not to buy clones–rooted cuttings from female plants.
Viability. Most of the seeds from your garden don’t last too long. Typical viability is only a few years under ideal storage conditions. Here are a few examples: cannabis, 3-6 years; chile peppers, 2-3 years; beans, 3 years; corn, 2 years; tomatoes, 4 years; and melons, 5 years. According to seed supplier High Mowing Seeds, “Proper seed storage conditions are cool and dark. The moisture content within the seed greatly affects germination rates. Seeds should be stored in their original packaging in a cool (below 50 degrees Fahrenheit), dark place where their moisture content will stay relatively stable. Here at High Mowing we keep our seed cooler at around 45 degrees Fahrenheit with less than 40% humidity.” In other words, the best place to store seeds is your refrigerator. But not your freezer, in my opinion, because the temperature is not cold enough. Cryogenic seed storage that seed banks use requires  liquid nitrogen at -196° Celsius, while home freezer temps are only about -18°C.
Commercial Seed Costs. Most packets of seeds are not expensive at all. For example, Burpee sells a 130-seed packet of Jalapeño Early Organic for $4.95, so that’s about 4 cents per seed, so why bother to save seeds of this variety? However, cannabis seeds sold by dispensaries can be $10 or more each! In this case, it makes sense to save some seed, especially as you only need one male plant to pollinate every female plant you are growing. You won’t have sinsemilla, but you’ll have a lot of free seeds that will last for 3 to 6 growing seasons.
Bedding plants. Nearly all the garden plants you’d ever want to grow are available from nurseries as bedding plants. Most of the work of germination and growing to planting size has already been done for you, so all you have to do is harden the plants off and then place them in your garden beds. Pricing varies according to plant varieties, size of the plants, and the seller. Typically, a four-pack of pepper seedlings will cost about $3. However, some big box stores, like Home Depot, buy from the bedding plant wholesaler Bonney Plants.which has eliminated plants in 4-packs and 6-packs and now sells only individual plants in small pots for $3.98  each! I advise visiting local nurseries that still sell the packs.
Cannabis Clones. The problem with clones is that then tend to flower prematurely, which radically reduces the yield because when flowering starts, vegetative growth slows way down, so your mature female sinsemilla plants might only reach a couple of feet in height when they normally could be three times that size. Clones are usually sold by dispensaries rather than nurseries. I’ve given up on them.
Some Seeds Are Way More Vital Than Others.  The oldest seed ever sprouted was 2,000 years old! Details here.
One of the Longest-Running  Scientific Experiments Ever Is Testing Seed Viability.  Details here.

In conclusion, I raise some varieties from seed and buy some as bedding plants. But I don’t usually save seed because most of what I grow changes from year to year,

It’s Time to Think About Your Spring Pepper Garden