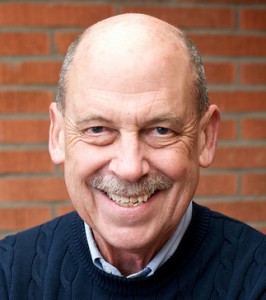 More than 40 books published, mostly on chile peppers and fiery foods, but also including novels, food histories, and a travel guide.  For a complete list, go here.

Heat Up Your Life, a 3-part, 2:45 video documentary on chile peppers and spicy foods, NMSU. Writer, on-camera host, and co-producer

Dave DeWitt is one of the foremost authorities in the world on chile peppers and spicy foods, but he got his start in electronic media! After working his way through undergraduate and graduate school as a radio announcer, including a stint at top-rated WRVA Radio in Richmond, VA, Dave owned audio/video production companies in both Richmond and Albuquerque, NM. He wrote, produced and voiced hundreds of radio and TV commercials as well as 30-minute corporate videos.

After moving to New Mexico in 1974, he wrote and hosted the “Captain Space” late-night TV show, which was top-rated in its Saturday midnight time slot on KOAT-TV (1975-76), beating both “Saturday Night Live” and “Star Trek” in the Arbitron ratings. He later produced and hosted a local country music show on KGGM-TV called “A Country Affair.” Moving on, he specialized in on-camera and voice-over talent and was one of the national voices of GMC Truck.

Dave’s interest in chile peppers led to his writing numerous articles on the subject, and in 1984, St. Martin’s Press published his book, The Fiery Cuisines, co-authored with Nancy Gerlach. In 1988, Dave and Nancy approached publisher Robert Spiegel, and the three launched Chile Pepper magazine with a mere 212 subscribers. By 1995, the magazine had surpassed 50,000 subscribers.

Chile Pepper magazine led to book projects, including The Whole Chile Pepper Book (Little, Brown, 1990), which sold 120,000 copies. In 1996, Spiegel sold Chile Pepper and Dave moved on to launch Fiery Foods & Barbecue magazine, which he edited and published until 2008, when he closed it to focus on the Fiery Foods & Barbecue SuperSite (www.fiery-foods.com), his huge, highly trafficked website with 600+ articles and thousands of recipes. His best-selling books include The Pepper Garden (gardening guide, 1993), The Hot Sauce Bible (food history/cookbook, 1996), The Chile Pepper Encyclopedia (reference, 1999) The Spicy Food Lover’s Bible (food history, cookbook, 2005). He continues to write books about chile peppers and spicy food, including his latest, The Complete Chile Pepper Book (gardening guide/cookbook, 2009), co-authored with Dr. Paul Bosland, the renowned chile pepper breeder at New Mexico State University. It is his 36th book. Dave also wrote, hosted and co-produced, with the NMSU media arts department, the only video documentary on chile peppers, “Heat Up Your Life.” Dave is an associate professor on the adjunct faculty of NMSU and serves as chair of the board of the New Mexico Farm and Ranch Heritage Museum after his recent reappointment by Governor Bill Richardson. Dave is also owner and co-producer of the National Fiery-Foods & Barbecue Show, the trade/consumer show for multi-billion dollar Fiery Foods Industry, now in its 23nd year.

National TV appearances for Dave include “American Journal,” Cable News Network, “The Today Show,” “Home with Gary Collins,” “CBS Sunday Morning,” “Mythbusters,” “Extreme Conventions” on the Travel Channel, along with numerous Food Network appearances. He has also been featured in The New Yorker, The New York Times, USA Today, American Way, Smithsonian, and approximately 300 newspapers and magazines across the country. In 1995, Dave’s book A World of Curries was nominated for a James Beard Award. Publishers Weekly has dubbed him “a veteran spice-meister.” Several years later, Dave received his ultimate accolade from no less than The New York Times that declared him “The Pope of Peppers.”

Dave lives with his wife, Mary Jane Wilan, in the South Valley of Albuquerque, New Mexico, with two Dobermans, two Cornish Rex cats, his garden, and his greenhouse.