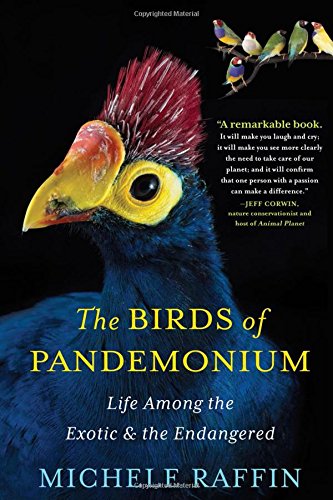 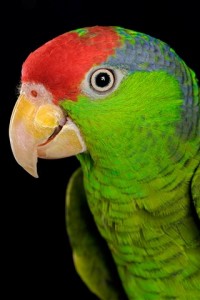 For Christmas, Mary Jane gave me this fascinating book. It’s by a bird rescuer turned endangered bird breeder, Michelle Raffin, whose operation is called Pandemonium Aviaries in Los Altos, California. In the book, Michelle not only tells how she became fascinated with saving exotic, endangered birds from around the world, but gives many examples of the very high intelligence of the birds and how they manipulate their keepers. I am a birder, but not a slave to the hobby. I count species on my long walks in the South Valley of Albuquerque, and note unusual birds that I see, like the Common Black Hawk, a Mexican species that is uncommon in Albuquerque. I’ve also seen a wild red-headed Amazon parrot (pictured), which despite the name, also lives in northern Mexico and strayed to the Valley one summer about a decade ago. For anyone interested in birds, I highly recommend this book, which can be purchased here.