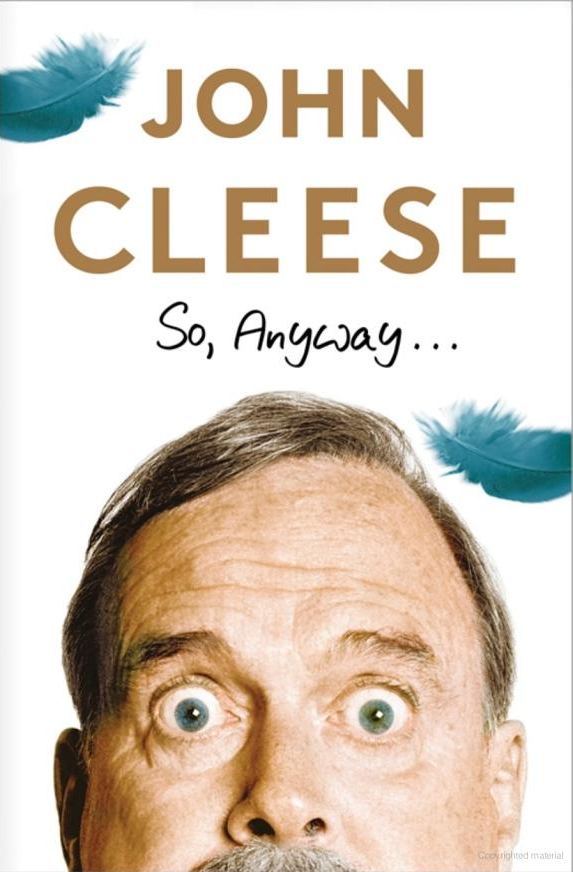 This is what I would call a partial autobiography, and an odd one at that. The book deals at length with Cleese’s childhood, much of which is not particularly interesting. Then he covers the early days of writing for radio, and later TV and film, and this part is much more interesting, especially concerning two of his mentors, David Frost and Peter Sellers. But Cleese does not reveal his experiences with Monty Python at all—the details of his greatest success are left out. I would imagine that he will eventually write a follow-up book that covers that time, but it seems strangely lacking here, especially because he does write about the Monty Python 2014 reunion at London’s 02 stadium that drew 160,000 fans. So we read only about the early days that led up to Monty Python’s Flying Circus, and the hugely successful reunion, and that’s it. So perhaps So, Anyway is just a tease, preparing us for the big book to come. Of his four wives, he only mentions his first one, Connie Booth.

I laughed out loud quite a few times while reading this book—Cleese is quite funny at times. He describes his relationship and first marriage to Connie, who was an American. When she moved to England, his family and friends answered all of her questions about them, but would not inquire about her past life at all. At first, Cleese could not figure out why.

“Then I had an epiphany,” he writes. “The reason was that the English middle class was so terrified of embarrassment that they never dared to ask a question about something unless they were absolutely certain that they were not prying into areas which might cause emotional distress. My friends knew nothing about Connie, and felt therefore that they had to be careful what they said just in case it turned out that her father had been eaten by wild pigs, or that her mother was a Jehovah’s Witness, or that her brother thought he was the Duke of York, or that she herself had attended a Nazi Confectionary Class, or had just started an affair with my uncle.”

Good stuff, and I do recommend the book. And I’m waiting for the follow-up.

Review of The Culinary Herbal