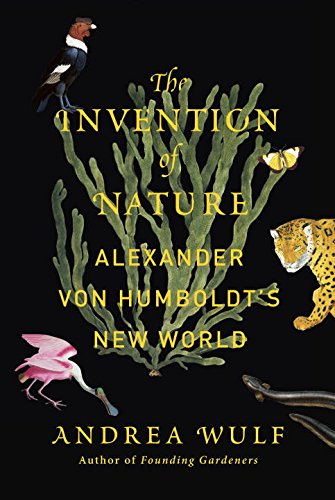 Subtitled “Alexander von Humboldt’s New World,” this book by Andrea Wulf is a biography of Humboldt and the men he inspired to become scientists as good as he was. He was the most famous scientist of his age, led daring explorations of South America and Russia, was a world-class mountain climber, and discovered the similarities between climate and vegetation zones on different continents. He was friends with Simon Bolivar, Thomas Jefferson, Goethe, and Wordsworth among many others. Perhaps his most revolutionary idea was a radical vision of nature as a complex and interconnected global force that has similarities not only to James Lovelock’s  famous Gaia theory but also to the theories put forth in Rachel Carson’s book Silent Spring. Wulf is an excellent writer and I enjoyed this book for the most part. However, after Humboldt’s death, she adds chapters about his influence on Charles Darwin, Henry David Thoreau, Ernst Haeckel, John Muir, and others. These chapters seemed anticlimactic to me and a bit digressive. But other than that, it’s a very interesting read.