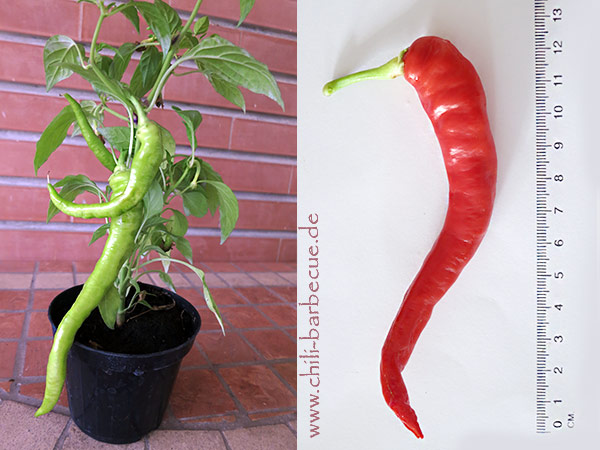 From Harald Zoschke in Bardolino, Italy, comes the following post.

The Italian Capsicum annuum variety ‘Aceto’ (= vinegar) is named after its main use – for pickling. In vinegar it keeps its pale green color, the typical harvesting stage. But given the chance to fully mature, this mild but tasty pepper eventually turns bright red, and becomes sweeter.

The pickled pale pepper is often served on pizza as “peperoncini,” with the vinegar inside sometimes soaking the dough, which is not a good thing.

We find ‘Aceto’ pods much more enjoyable used fresh, for example as a side on the grill, or seared for a hearty morning omelette. Last year we grew some in our garden, and currently we’re fortunate to get them fresh on our local farmers market, so be on the lookout for them in your markets or in the produce section of supermarkets. You can also substitute a Banana pepper called ‘Nardello’. 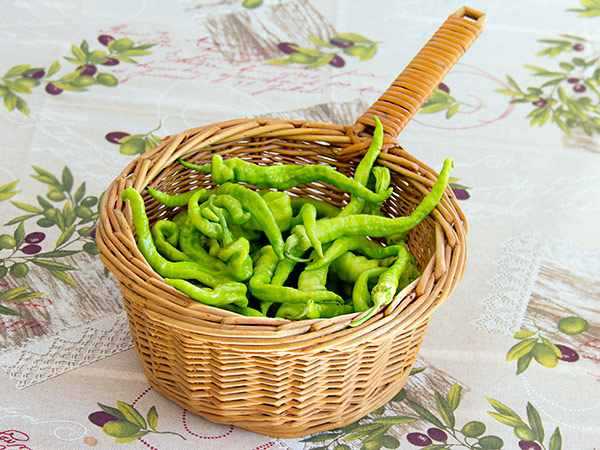 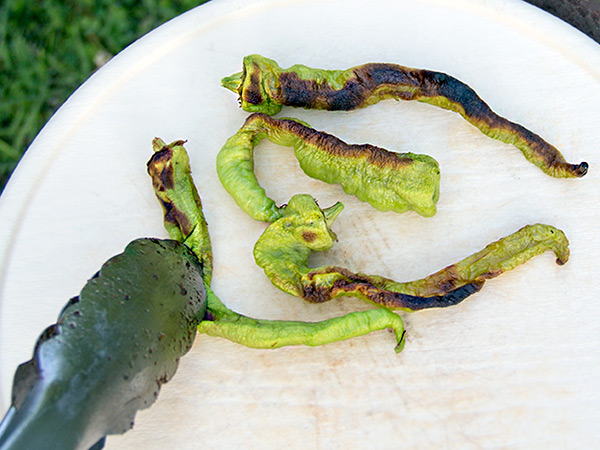 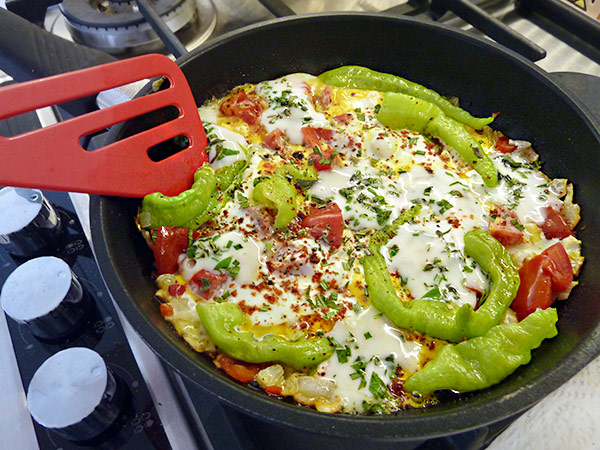 It’s Time to Think About Your Spring Pepper Garden