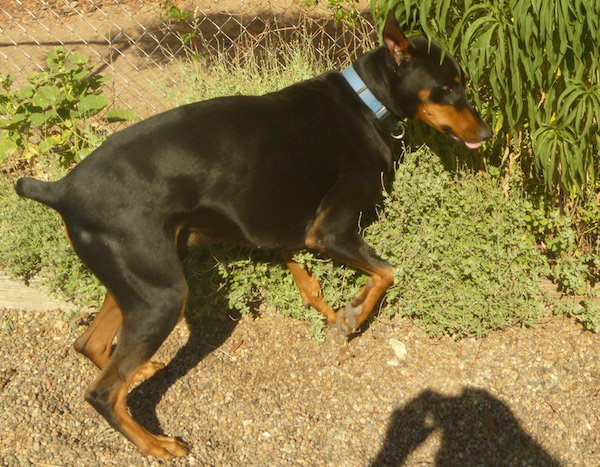 There he is, on point. But he’s not a pointer, he’s a Dobie, a working dog who’s supposed to be guarding the yard, not chasing lizards. Jagger Henley is the most interesting dog we’ve every had. When he was a 50-pound puppy, he got Mary Jane accidentally tangled up in his leash and knocked her down, resulting in a broken hip. She forgave him. He has several hobbies: barking at cats, protecting us from UPS delivery people, raising hell when the big truck steals our trash bin. And now, lizards. 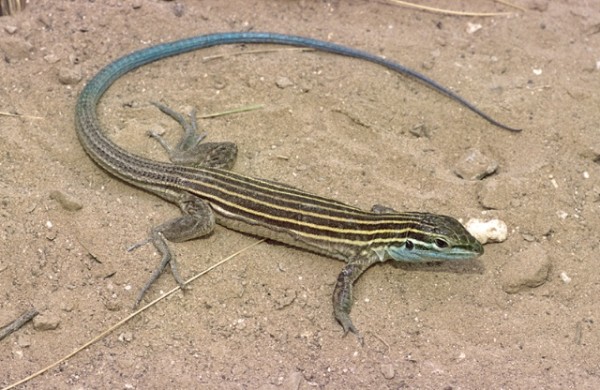 This is the Desert Grassland Whiptail, a very fast-running species. We probably have ten in our yard. All whiptails are female, reproducing via parthenogenesis. Jagger has yet to catch one, but he keeps trying.

How Much for My Meyer Lemons? $10 Each

The Effect of UFOs on Pets