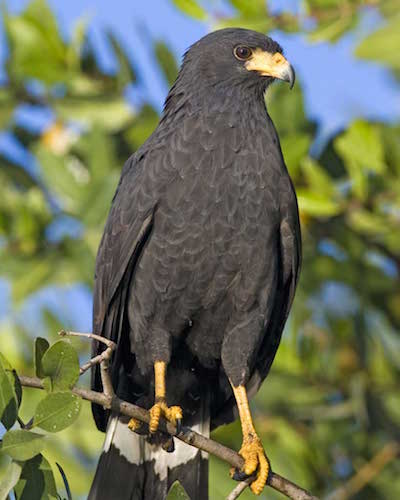 The Common Black Hawk I saw today is not common in the U.S. This Mexican raptor strays into New Mexico,  Arizona, and west Texas, and during any given summer, there are probably only about 50 breeding pairs in these three states. I’ve seen this striking bird only four times in five years and always near water, where it feeds on fish, frogs, snakes, and crayfish. How to differentiate this hawk from other black hawks in the Southwest, like Harris’s Hawk and the Zone-tailed Hawk? Well, the underside of the Black Hawk’s wings are solid black, and there’s a white stripe across its tail, which is obvious during flight. 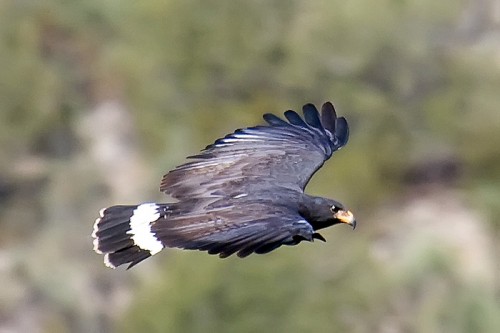