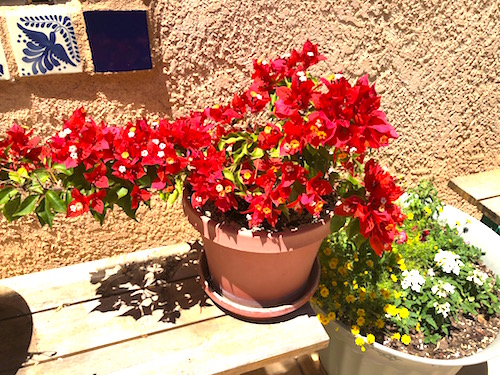 I love the bright colors of bougainvilleas, but they are not hardy enough to survive the Albuquerque winters. So I’ve been experimenting with them as houseplants, despite the fact that they are vines. In the photo above, you can see that the plant is extending itself to the left. That’s what I pruned off right after I took the photo to keep it in a rounder shape. Incidentally, the bright red color does not come from petals or sepals. Those are brightly colored bracts; they protect the tiny white or yellow flowers. I like them because they last a lot longer than flowers. Along the highways near Mérida in Yucatán, bougainvilleas are used as ground cover and the effect is spectacular. This is not exactly that shot, but it illustrates how dramatic mass plantings of bougainvilleas are. Thanks, but I’ll keep mine in pots! 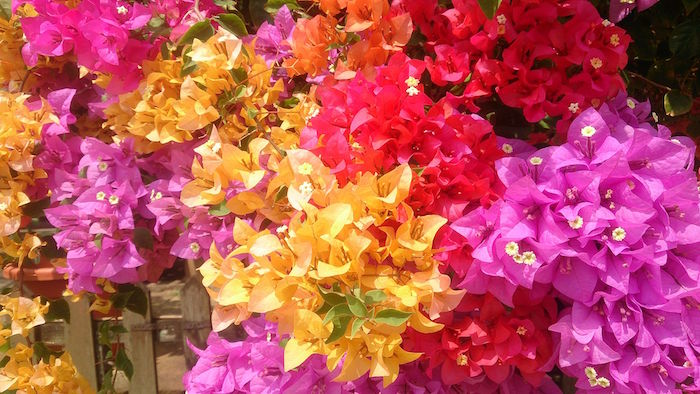 Another Reason for Growing Chives