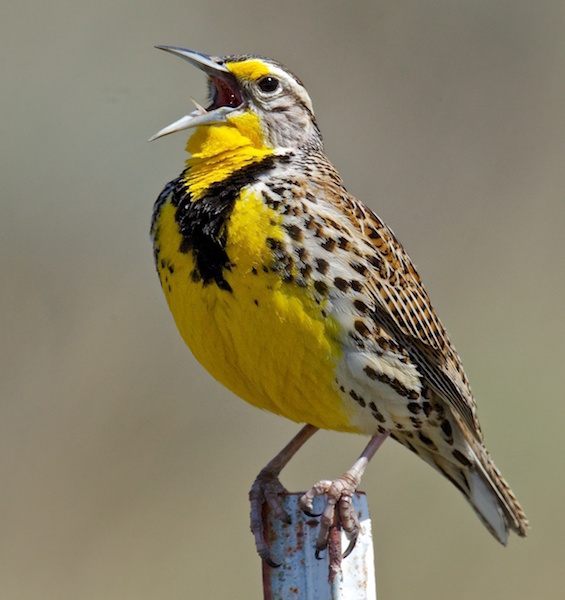 I see this bird much more in the winter than the summer. Why? Because they live in alfalfa fields and during the summer, the birds seem to disappear completely into the greenery because they’re hunting for insects. I can hear their melodious songs but can’t see them. It’s surprising how many of them there are considering the fact that they nest in those fields–on the ground. The fields are cut four times during the summer growing season, and imagine how many nests are destroyed by this: 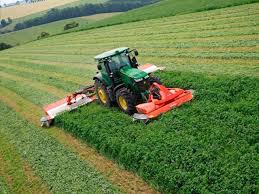 Still, I see flocks of as many as thirty birds during the winter, so they’re not endangered at all. They are striking birds, the males with the bright yellow breasts with a black swatch. Their songs are particularly notable, being bright, cheery, and instantly recognizable. Give them a listen, below.

Sighting of the Month: Spotted Towhee