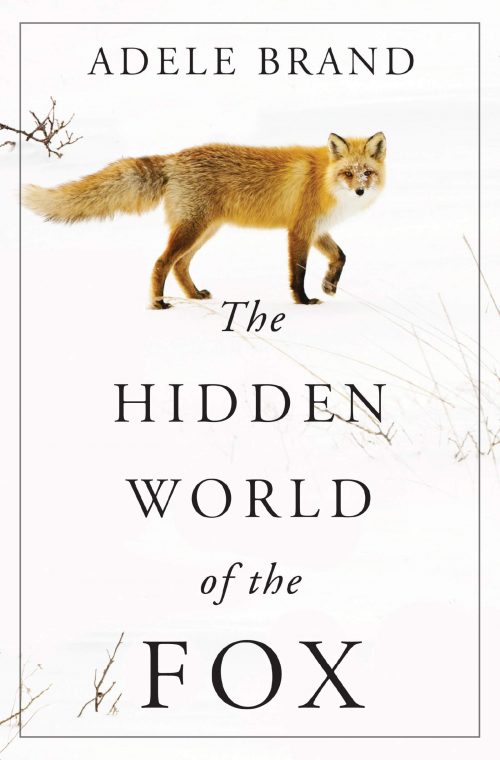 The Hidden World of the Fox is  a thin volume but a good overview of an animal we rarely see but is surprisingly populous. Adele Brand, the author, who’s a  mammal ecologist, tells us that a good estimate of the fox population of England is 240,000, and that’s from the Mammal Society.  But wait, there’s more! The Department of the Environment, Food, and Rural Affairs estimates the fox population at 430,00. Either way, that’s a lot of foxes and many of them live in cities, where they not only steal dog food and cat food, they eat berries right off the bushes~yes, they are omnivorous.
Potential readers should realize that The Hidden World of the Fox is not comprehensive at all–it’s rather like Natural History Lite. Plus it lacks an index, which irritates the hell out of me. See my Note at the end of this post. Brand brings up the fascinating subject of the “dog fox,” or foxes that have been domesticated to a certain extent. She writes about the Russian experiment that subjected caged foxes to “an intense programme of breeding selection. The “friendliest” were selected to pass on their genes in the hope of achieving a super-speed domestication,” She disapproves, writing that “This research was undertaken solely for human curiosity; the argument that it explains genuine prehistoric domestication of dogs is hard to swallow, for the conditions are wildly different. It is hard to see what foxes themselves have gained from this project.” Her final sentence is irrelevant and Richard C. Francis, author of Domesticated: Evolution in a Man-Made World, begs to differ with her. 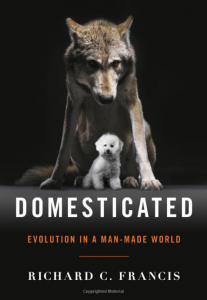 Francis believes that the experiment, which lasted thirty fox generations, is valid. He writes, “In their behavior, the pet foxes are said to be somewhere between a dog and a cat–more independent than a dog, but more responsive to human interaction than a cat.” While Brand claims ‘They lack the dog’s great ability to read human body language,” Frances disagrees, writing that “these pet foxes can also read human interactions, through gestures and glances.” Incidentally, Domesticated is a mostly fascinating book. It tells us precisely how dog and cat breeds evolved; however, its later chapters on domesticated camels and reindeers are not so fascinating.
NOTE ON INDEXES: Back in 1990, when The Whole Chile Pepper Book was published, book editors never mentioned the index; it was assumed that the publisher was responsible for providing it. These days, more often than not, the author is responsible for providing the index. Why did this change? I don’t really know, but possibly to save the publisher money. Anyway, I am fanatical about having a great index for every book I write. For my upcoming book, Chile Peppers: A Global History, I retained Michelle Graye to index it–she’s indexed a few of my books, including Precious Cargo. Michelle offered me a choice: a detailed index for one price or a more general one for $150 less. I chose the more expensive index, wanting the best index possible for a book I spent years writing. I wonder where publishers are headed with this trend. In the future will they tell the author, “You are responsible for the book cover?”