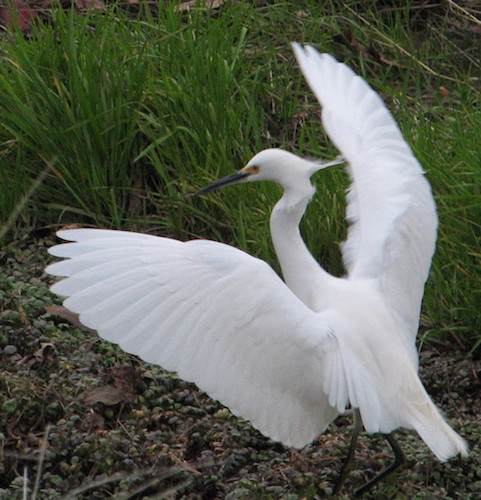 That’s because its my favorite spring bird. I saw one fly by yesterday–spectacular! It flew here from south Texas along the Rio Grande Flyway. These lovely herons were nearly driven to extinction because they were shot for their spectacular plumes to decorate women’s hats.  Ultimately the Massachusetts Audubon Society succeeded in pushing through the first federal-level conservation legislation in the U.S., the Lacey Act of 1900. That ended plumage hunts. Read more history about that here. On this International Migratory Bird Day, the Cornell Lab of Birds adds the following fun facts about my fave heron: