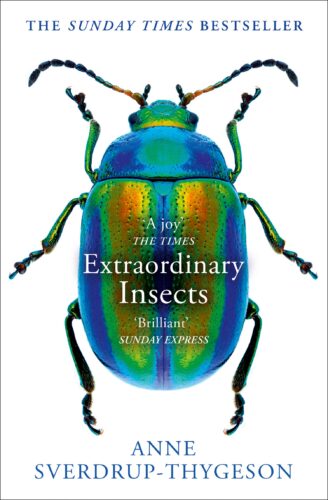 This fascinating book, pictured above , was written by Anne Sverdrup-Thygeson,  a professor of conservation biology at the Norwegian University of Life Sciences. It reads like a combination of three books. The first is Guinness World Records: Insect Division, which does not exist. Longest insect? Why, the Chinese stick insect Phryganistria chinensis at 24.5 inches. The heaviest? The Goliath beetle at 3.5 ounces, about the same as a blackbird. The second book is The Insect Trivia Book, which also does not exist. The Beyoncé horsefly (Scaptia beyonceae)  was so named because the golden hairs on its rump reminded scientists  of the artist’s rear end when encased in a tight, glittering diva dress. The third book is Marvels of the Insect World by Jean-Henri Fabre, which does exist. It was published in 1938 and I read it as a teenager. It influenced me greatly and Anne’s book is like a modern update of Fabre’s. There is not a dull page in this book and it reminded me of some of the best natural history books that I’ve read over the years. It is highly recommended. 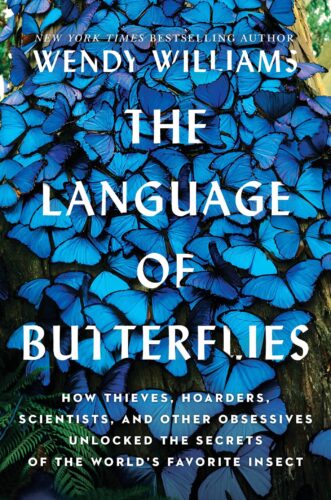 Two things about the cover of this book. First, the image of the morpho butterflies is not so clear as this scan. On the book’s dust jacket, the image only appears when you hold it at a certain angle to the light. Thus it imitates the refraction of iridescence that the the scales on the wings of morphos have. Very clever! Second, the subtitle is deceptive. The book is not about butterfly thieves. That subject has been covered in Winged Obsession and The Dangerous World of Butterflies. It should read, “How Hobbyists and Scientists Unlocked…” After birds and fishes, butterflies are my favorite animals, and I was a butterfly collector in my youth. They still intrigue me and this book, by Wendy Williams, is an astute reporting of advances in the science of butterflies. In it, we learn about bringing species back from near extinction and the how monarch migration actually works and how scientific experiments and close observation figured it out. I learned more about butterflies’ proboscises than I will ever need to know. They are not like straws, but rather like sponges. This book, too, is highly recommended.