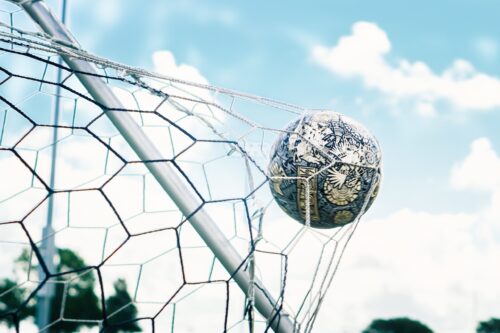 When the Premier League season ends in May, for me the drought begins. There’s virtually no televised soccer or football except for the Olympics, and that’s just every fourth year. I get cranky without my favorite sporting events and I refuse to watch curling, bowling, or billiards. I’m not a baseball fan, so the summer is a vast athletic wasteland for me. But when mid-August comes, the climate changes. MLS is going strong, the Premier League starts back up, and pre-season NFL games begin. In the words of the late Ron Popeil, “But wait, there’s more!” The Bundesliga (German soccer league) is now being televised and it’s always fun to watch Bayern München, one of the best soccer teams in the world. In September, college football and the regular NFL season return, and there’s more rugby on, too. The sports drought becomes a flood and I must prioritize my viewing. So here are my priorities:
Premier League: Liverpool, and I don’t know why. I’ve never been there and nobody knows why it has such an odd name.
NFL: Denver Broncos, because I’m a John Elway fan, and the Washington R******s, because I grew up in Northern Virginia.
MLS: Los Angeles Galaxy, because I like their nickname.
College FB: UVa, my alma mater, and New Mexico State because I’m on the adjunct faculty there. (Note: “Adjunct” is a technical academic term that means unpaid.)
Now, to survive the flood. Finally, my crankiness has subsided.

Finally, Good News and No Controversy