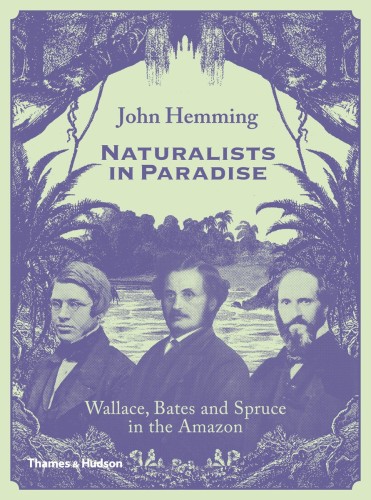 This book is not for everyone, but I loved it. It’s a book about “botanizing,” as the English explorers of the 19th century called it. It’s about Albert Wallace, Henry Bates, and Richard Spruce and their explorations and collections of plants and insects in the Amazon Basin. It was written by John Hemming, the director of the Royal Geographical Society in London for 21 years, and an expert on history and archaeology of the Amazon region. Wallace and Bates collected 14,712 species during their years in Amazonia, and most of those species were new to science. Wallace was a contemporary and friend of Charles Darwin, and was the co-creator of the theory of “survival of the fittest” as a part of evolution. Richard Spruce spend 15 years in the Amazon region and is most famous for his sourcing of cinchona plants and seeds for planting in India to provide quinine to fight malaria in the British Army.Henry Bates wrote a best-selling book about his experiences that was entitled The Naturalist on the River Amazon, and he, too, like the author John Hemming, became director of the Royal Geographical Society. Yes, this look is long and detailed (368 pages), and there is some repetition about problems with mosquitoes, travel on the river, and dangerous caimans, but it makes the Amazon and its natural history come alive.