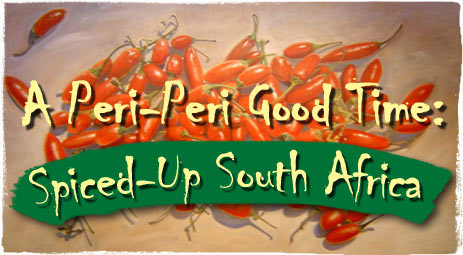 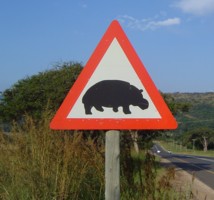 Chile peppers lured us to South Africa. One was a popular pickled pepper that was the focus of a plant patent matter that I was consulting on. The other was the Peri-Peri, the principal pepper used in the hot sauces of Nando’s, a large chain of spicy chicken restaurants based in South Africa. The adventure began with email from Derek Harms, a barrister who was handling a legal action challenging a plant patent. Would I consult on the case as an expert? Yes, I replied. Would I travel to South Africa as the client’s guest expert and testify at the hearing in front of the Registrar of Plant Patents of the South Africa Department of Agriculture? You bet! By a weird coincidence, I also had email from another South African deeply involved with peppers, Chris Thorpe, the general manager of the international grocery division of Nando’s. Chris offered me a tour of South Africa and the Nando’s operations there if I were ever in the country. I replied yes, of course, and told him about legal case I was consulting on and a deal was struck. The first week I’d be in Pretoria for the hearing, but after that Chris would show us around his country. Read the entire article for free!

A Peri-Peri Grower in Virginia