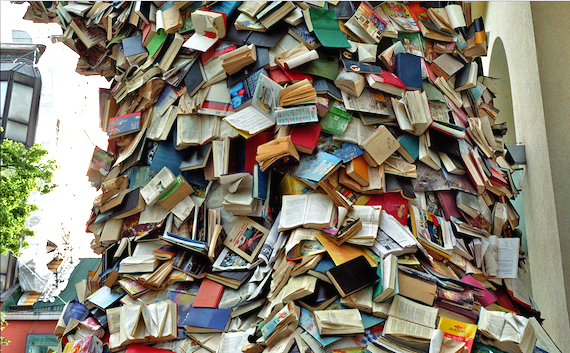 In January of next year, Timber Press will publish The Field Guide to Peppers, by Janie Lamson and me. It will be the 57th book I’ve either authored or coauthored. I bring this up because there’s an online debate going on about prolific authors that was started by Steven King, author of 55 novels. Writing here in The New York Times, King states: “My thesis here is a modest one: that prolificacy is sometimes inevitable, and has its place. The accepted definition — “producing much fruit, or foliage, or many offspring” — has an optimistic ring, at least to my ear.” But Drew Nellins Smith, the author of one book, writing here, says, “But lately I’ve been struck by the notion that there might be no books more lost than those buried in the overwhelming bibliographies of authors who have simply published too damn much.” There are two factors in prolificacy that these two writers mostly ignore: the length of time a writer has been writing, and the money involved in being a published author. It’s one thing to have written 57 books and quite another to author more than 500, which was Isaac Asimov’s count of mostly science fiction novels. He did that over a period of 53 years, so that would be about ten books a year. My writing of 57 books occurred over 36 years, so that’s 1.6 books per year. When you see it like that, I don’t seem to be prolific at all, by comparison to people like Asimov or Nora Roberts (200+ novels). That other issue, money, is a sticky wicket because I am neither rich nor a classic “best-selling author.” I’m a niche author and my niche (chile peppers and spicy foods) is not big enough to have a best-seller or a blockbuster. I have to be prolific in order to keep the money rolling in, so if I had million-copy book sales for a title, I wouldn’t need to be so prolific. I should point out that I have probably 10 to 15 additional books that have not been published–yet. Also, like James Patterson, I sometimes have co-authors, and that cuts the workload considerably. Finally, there is the fact that I write also to entertain myself and really don’t think it’s work because I have fun doing it. So maybe my writing is just a hobby out of control.