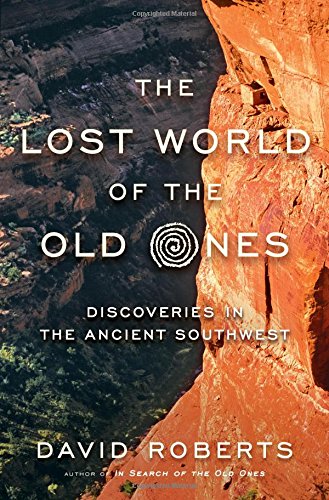 Part archaeological history and part reminiscence, David Roberts’ new book recounts mysteries solved about the ancient people long-called the Anasazi, a term no longer used in scientific circles. The new PC term for these ancient dwellers of the Southwest is now “Ancestral Puebloans,” and Roberts reports that books with the word “Anasazi” in the title have been banned from National Park Service gift shops. Apparently, the term “Anasazi” is now the new “Nigger.” I enjoyed Roberts’ tales of his many expeditions to learn more about these people, and the most fascinating thing I learned from this book was archaeologist Steve Lekson’s theory of the Chaco Meridian, which attempts to explain the collapse of the civilization at Chaco Canyon, New Mexico, after A.D. 1125. After Chaco was deserted, the civilization at Aztec, Colorado, 50 miles north of Chaco boomed until about 1300, and it too collapsed, followed by the rise of Paquimé in northern Chihuahua, which lasted from 1250 to 1450. The weird thing about these three civilizations, as Lekson noted, was the strange fact that they are all on the same longitude, 107’57’ west of Greenwich, now called the Chaco Meridian. Lekson doesn’t think this was coincidence, but rather deliberate. Despite the fact that Aztec and Paquimé are 450 miles apart, Lekson notes that in the desert Southwest, it is not difficult to survey long distances on a north-south axis. His theory, then, is “Aztec replaced Chaco and, in its turn, was replaced by Paquimé.” In archaeological circles, this kind of theory is rather like saying that the “Anasazi” were actually aliens from Rigel 7. It’s one of the reasons I subscribe to Archaeology Magazine and read books like this–everyone’s an expert who’s theories are right and everyone else’s are wrong. And Roberts also deals with the thorny question of whether or not the artifacts–even bones–of the Ancestral Puebloans should be collected and stored by museums and universities, or simply left in place with the archaeologists keeping their locations a secret. This is a fascinating book that I would recommend to anyone interested in the ancient history of the Southwest. Buy the book, The Lost World of the Old Ones, here.