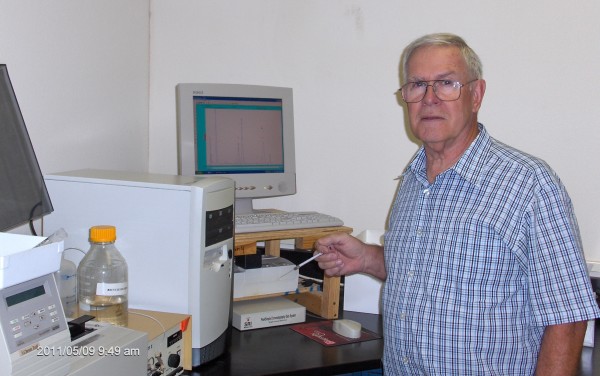 On Thursday morning, my friend Marlin suffered a massive heart attack and died later on that evening without ever regaining consciousness. Marlin was a chemical engineer and an analytical chemist, and he and I had been friends for more than 30 years. He was an expert on capsaicin, and owned a company that dealt in oleoresin capsicum, commonly called “extract” in the chile pepper industry. Because I had originally majored in chemistry in college, before I switched to English, I was one his few friends who could understand him when he started talking technically. We joked about that a lot. We worked together two years ago on a large superhot chile growing operation, and I managed the Albuquerque growers while he handled the Las Cruces growers. Marlin is survived by his wife Gillie. He will be greatly missed.