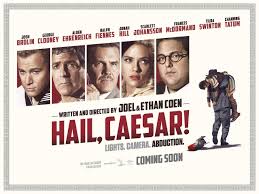 On my birthday, Mary Jane took me to a movie, and the one I picked was “Hail, Caesar,” the new Coen brothers comedy. Essentially, it was an allegory of what the Hollywood of the fifties was like and why it is so beloved to film buffers. The most interesting aspect of the movie were the scenes from the various movies being shot in the sound stages of Capitol Pictures. 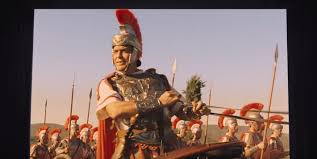 George Clooney plays a Clark Gable-like superstar who gets kidnapped by a Communist cell of disgruntled screenwriters. This movie is “Ben Hur” recycled. 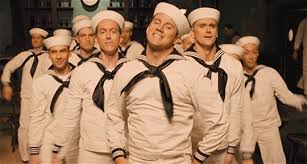 There’s some incredible Busby Berkley dancing and tapping by these sailors who bemoan the fact that there are no dames at sea, so they’ll have to settle for each other. An incredibly campy scene that was funny, but too long. 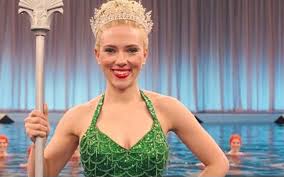 Scarlett Johanssen plays an Esther Williams-like superstar swimmer, and the synchronized swimming scenes are amazing and goofy at the same time.

MJ and I both enjoyed the film and gave it a grade of “B.” It was a bit on the intellectual side for many movie-goers and critics, and it helped to know some film history. I have given it a subtitle: “Homage to Hollywood.”