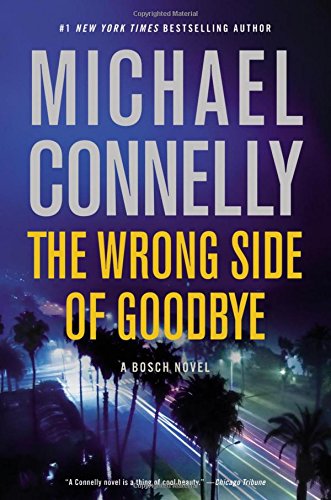 I’m pretty sure I’ve read every novel that Michael Connelly has written, all 28 of them. They’re all good, but a few, like his latest, The Wrong Side of Goodbye, are simply great. This one is part police procedural and part private investigator story, and it has a lot of nice twists and turns to it. It is, of course a Harry Bosch novel, and Harry is now a part-time, unpaid investigator for the very small San Fernando Police Department while taking on some PI work on the side. While trying to track down a serial rapist for SFPD, Bosch is also hired to find out whether a ill and aging billionaire has any heirs. Connelly is a master stylist and it’s extremely difficult to find anything wrong with his prose. It’s a page-turner, but not because of intense action like most thrillers, but rather because he is such a good storyteller. The reader actually cares about Bosch as a character–but of course, Connelly has been developing this character for 21 of those 28 books. You can’t go wrong with this book, and I give it my highest recommendation.

Thailand’s Dark Side of the Fork