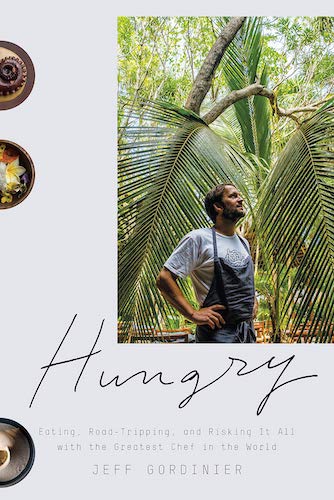 This is a poor title for a really good read. The subtitle is much stronger: Eating, Road-Tripping, and Risking It all with the Greatest Chef in the World. I’m not convinced that René Redzepi of Noma Restaurant in Copenhagen fame is the best chef in the world, but a lot of people are convinced that he is. In this highly entertaining account, Jeff Gordinier, the food and drink editor of Esquire, gets to hang out with him in Macedonia, Copenhagen, Oaxaca, Sydney, and Merida. The back cover blurb sums up this book nicely: “Hungry is a memoir, a travelogue, a portrait of a chef, and a chronicle of the moment when daredevil cooking became the most exciting and groundbreaking form of artistry.” In this book, modern restaurant culture is exposed, and we get a glimpse of what it’s like behind the swinging doors leading into the pro chefs’ kitchen domains, and that glimpse is fascinating, indeed. I recommend this book highly for food lovers everywhere. 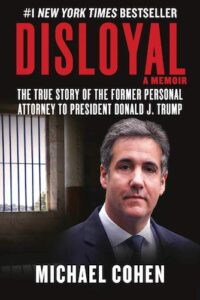 My wife picked up this book at the library, and curious, I opened the book to a random page and began reading. I ended up reading the entire book and enjoying the utter depravity of it. It made me feel like a dirty political voyeur, spying on elected criminals and their “fixers.” And the author admits his own culpability: “I stiffed contractors on his behalf, ripped off his business partners, lied to his wife Melania to hide his sexual infidelities, and bullied and screamed at anyone who threatened Trump’s path to power…I made choices along the way–terrible, stupid, cruel, dishonest, destructive  choices, but they were nine and constituted my reality and life.” Cohen started writing the book inside the Otisville Federal Satellite Camp in New York, and ended up back in New York City, where he was allowed to profit from the book that the White House said, ironically, was a  pack of lies. But was it? I don’t think so. Sounds spot on to me. The only problem with reading this mea culpa is that now I know way too much about Donald Trump.