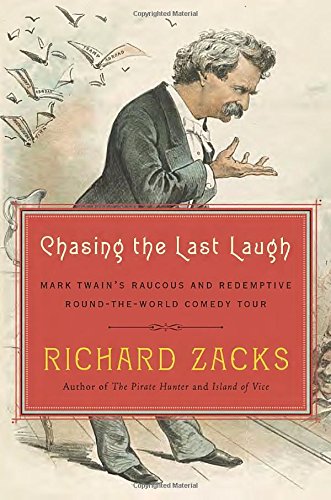 “First God created idiots. That was just for practice. Next he created proofreaders.” –Sam Clemens, AKA Mark Twain. This book by Richard Zacks is not a biography but it might as well be one as I learned more about Mark Twain by reading it than I ever knew previously. The subtitle tells it all: “Mark Twain’s Raucous and Redemptive Round-the-World Comedy Tour.” Twain may have been the funniest American who ever lived but at the same time he was one of America’s worst investors. Near the end of the nineteenth century, he was America’s highest paid writer, but he was submerged in debt because he was a lousy businessman. He was sixty years old and owed $79,0704, about $2.4 million in today’s currency. His solution to paying it off? An around-the-world stand-up comedy tour, with performances in Australia, New Zealand, South Africa, India, and England. He was gone from America for four years, and that is the tale told in this amazingly interesting book that Zacks researched mostly from unpublished notebooks and letters found in the University of California-Berkeley’s Mark Twain Project. And that’s why the book is so good–most of the material is brand new. I could go on and on raving about it, but if you like your history with a huge dollop of humor, you will love it too. One parting shot from Twain: “There is but one love which a Frenchman places above his love for his country & that is his love for another man’s wife.”