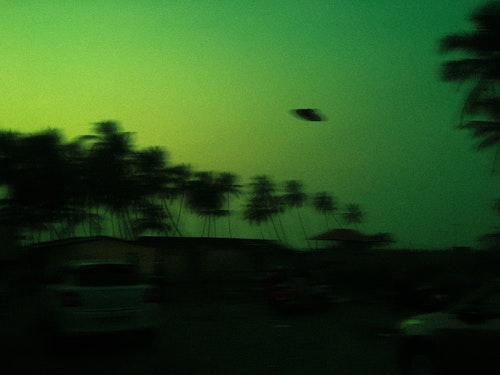 First they were called “foo fighters.” Then they were known as “flying saucers.” For decades they were termed “UFOs,” or unidentified flying objects. Now, thanks to the Office of the Director of National Intelligence, they have a new name: Unidentified Aerial Phenomena, or UAP. I read the entire report that was released on June 25th and guess what? The government still doesn’t know what these things are. Big surprise there. I have been reading about–even studying–UAP since I was ten years old, meaning more than 60 years, and we still have not identified the UAP. But, occasionally, we have a breakthrough regarding supposed paranormal phenomena. Here’s what I wrote in November, 1987, in Slant, a magazine published in Richmond, VA:
“In 1976, a research group called Vestigia conducted extensive tests of “spook lights,” those ghostly fugitive lights which have often been seen near railroad tracks and were formerly attributed to UFOs or spirits of the dead. Their findings indicated that the lights are probably related to piezoelectricity, a phenomena wherein pressures exerted on quartz-bearing rock along geologic faults causes a build-up of electrical fields; this electrical potential results in discharges of energy capable of ionizing the air above into visible luminosities. Regardless of whether or not this theory is accurate, it demonstrates a scientific approach to a phenomenon previously thought to be paranormal.”
Also in the 1970s, stories about “mysterious cattle mutilations” began appearing in western newspapers:

Finally, an FBI special agent named Kenneth Rommel set up a battery-operated 16mm movie camera focused on a dead cow and recorded what happened. The cattle mutilators were identified: magpies, which flew onto the cow and proceeded to used their beaks “with surgical precision” to carve up and eat the soft tissues of the cow: eyeballs, lips, and genitalia. Another “paranormal” mystery solved.
Only with application of extensive scientific methods will the mystery of UAP be solved, but we are no closer now than we were 60 years ago, no matter how many government reports are issued.

Review of The Secret Token

The Day of the Dead, with Recipes

The Effect of UFOs on Pets