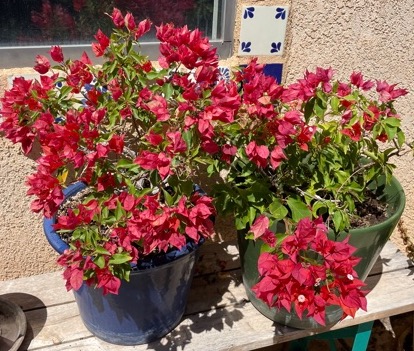 The two spectacular plants above are tropical bougainvilleas that are thriving in New Mexico because I winter them over in my small greenhouse.  They require constant pruning because they are vines that must be tamed in order to behave like normal house plants. As you can see from the first photo below, these plants are very determined to be vines and if left unpruned, this can be the result. They also make great ground covers because of their spreading ability and are sometimes planted on the slopes of highways in southern California to prevent erosion. The bright coloration is not the result of the plants’ flowers, but rather from bracts that resemble flowers. Bracts are modified leaves; the flowers themselves are the star-shaped, off-white objects in the second photo. One interesting fact I’ve learned from growing bougainvilleas is the older they get, the less water they require. When they are well-established, they are drought-tolerant. And sometimes beauteous plants attract beauteous pests, as seen in the third photo. If you have the necessary patience, bougainvilleas can also become unique and colorful bonsai plants (photo four). 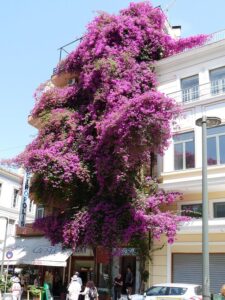 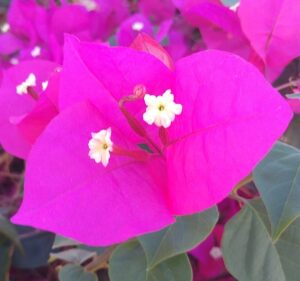 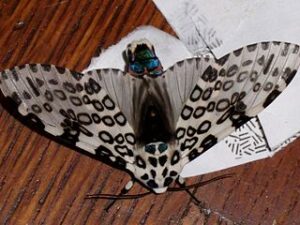 The caterpillars of the giant leopard moth looks like wooly bears, but the adult moth has a “giant: wingspread of three inches! Photo by WhyzPhotos. License: GNU Free Documentation License. 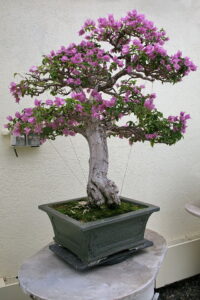