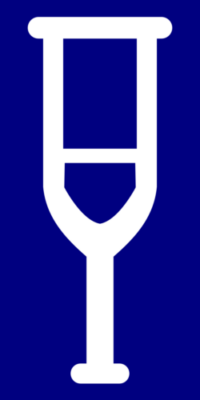 Consider these three headlines:
1. “A thousand people were summoned for jury duty in the trial for Ahmaud Arbery’s killing. Less than half showed up.”– CNN.com, October 29, 2021.
2. “DC-Baltimore region braces for tidal flooding that could be the worst in two decades.”–CNN.com, October 29, 2021.
3. “Over 100,000 copies in print.”–Publishers Weekly and hundreds of other publications.
So, our three “word-crutches” are “less,” “brace,” and “over.” In the first instance, the writer is referring to a number. Since “less” describes an amount, not a number, the proper word is “fewer,” as in “Fewer than half showed up.”
In the second example, a non-human entity cannot “brace” for anything. The word is a poor choice because it doesn’t mean “prepare.” So, the writer could have phrased it like this: “Citizens of DC-Baltimore  region brace…” but that still doesn’t say what he means. The citizens are boarding up windows, filling sandbags, and so on, so they are not bracing, they are preparing. So the proper headline should read, “Citizens of DC-Baltimore region prepare for tidal flooding…”
In item three, the word “over” is so over-used it makes me gag. Again, a number is being used; “over” also means amount, not a number, so the proper expression would be “More than 100,000 copies in print.” Book publishing companies misuse “over” all the time on the covers of books they publish and in advertising.
Now, who am I to be ranting on about grammatical issues? Well, I taught grammar and composition at the college level when I was an Instructor of English at Virginia Commonwealth University in Richmond for three years in the early 1970s, so I’m well-versed in those kinds of word issues. Picky? Yes. Do I care? No.

An Inferior Book on Chinese Chiles