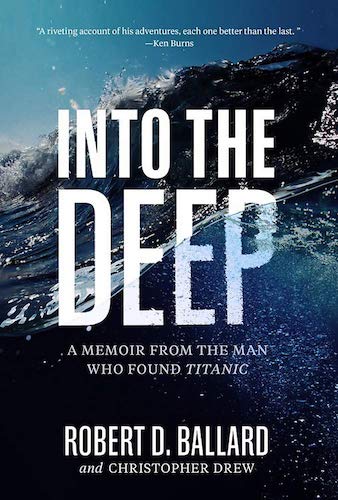 I really enjoyed the memoir Into the Deep, by Robert D. Ballard, pictured above. Ballard is the underwater explorer who found the wrecks Titanic, Bismarck, Lusitania, and P.T. 109. His latest book is mostly autobiographical and an overview of his amazing accomplishments. It’s also highly informative about the technologies used in underwater exploration and, sometimes, artifact recovery. It’s very readable and highly recommended. 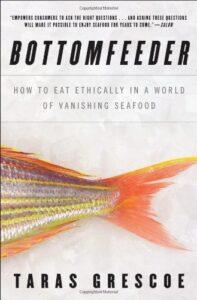 This guide to the responsible eating of seafood was published in 2008, so some of the information in it is outdated. It’s a “doom and gloom” type of book that leads one to believe that all seafood will be extinct fairly soon. It chronicles the collapse of many fisheries, like cod in the north Atlantic, but mostly ignores success stories like the scallop comeback. All that said, the book is still a good guide to what seafood you should never eat, like monkfish, grouper,Chilean sea bass, and orange roughy. It also covers seafood fraud, which seem to be rampant, particularly deliberate species mislabeling. I enjoyed Grescoe’s eyewitness reports from all over the world. I once had the opportunity to join the crew of a shrimp boat out of Houma, Louisiana, but had to decline because of previous commitments. I’ve always regretted missing that opportunity. Grescoe fills in some of what I missed.

I Couldn’t Finish These Two Books 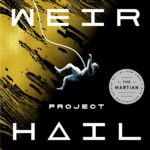 I liked Andy Weir’s previous two science fiction novel, particularly The Martian, which was a “MacGyver on Mars” kind of book. I had high hopes for this one, Project Hail Mary, which has another great premise: our sun is being drained of its energy by an interstellar parasite, which means “it’s the end of the world as we know it.” The protagonist of this book is an earthling on a space ship in another galaxy who must partner with alien beings to figure out how to get rid of that pesky parasite. The problem with the book is the pacing–it seems to drag on forever with a lot of description and dialog but very little action. I got bored with it and gave up. 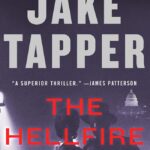 The pacing is good in this book by the CNN anchor, and the location is great, Washington, D.C. in 1956 at the height of the McCarthy “Everyone’s a Commie” era. The characters are good, too. What’s wrong is the premise, which is a pre-QAnon-like concept that JFK and other high-level politicians are members of the Hellfire Club, a modern-day revival of a real eighteenth century British club of the same name that specialized in orgies and deflowering underage virgins. Samuel Coleridge famously wrote that to enjoy fiction, the reader must exercise a “willing suspension of disbelief.” Well, I couldn’t suspend my disbelief of Tapper’s stupid plot. Stick with TV journalism, Jake.