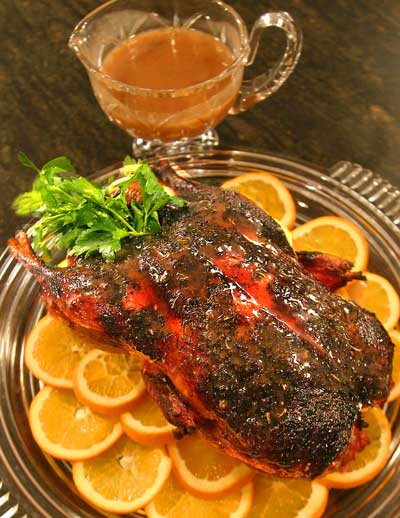 Rick Browne writes: “We Americans love barbecue, and in some cases are obsessed to the point of thinking—sometimes out loud, and sometimes quite pointedly—that we Americans are the originators, perfectors, and by far the best practitioners of the barbecue art anywhere on earth. Well, hopefully I won’t break too many hearts, but I have to tell you that the whole world barbecues. Yup, it’s not just folks in the hills of Kentucky, the bayous of Louisiana, the plains of Texas, or the farmlands of North Carolina (not to mention California, Indiana, South Dakota, Maine, or all the other states). Everyone, in just about any country that cooks meat/fish/poultry/or game, at one time or another, barbecues. That is to say, they cook their meals over coals, wood, briquettes, gas flame, open fires, or (egad, really?) electric grills. And in many places they grill vegetables and fruit too, another “first” we thought Americans began. Wrong.” Read the entire article, with recipes from around the world, here.