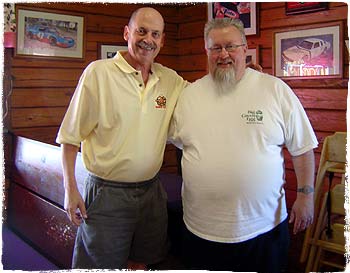 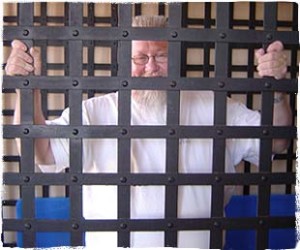 This is what happens when you try to order
beef in most North Carolina BBQ joints.

Six days on the road in North Carolina pork country. Twenty-two barbecue restaurants without a beer. What a challenge—was I up to it? Ray Lampe, aka Dr. BBQ, didn’t really need a navigator. A former Chicago truck driver, Ray could certainly find his way around, but when he called me with an invitation to explore the world of North Carolina barbecue as part of the research for his third book, Dr. BBQ’s Barbecue Road Trip, how could I refuse? With the help of Mapquest.com, navigating from the shotgun seat of Ray’s van was a cinch. The plan was this: we would investigate the differences between Eastern and Western (also called “Piedmont” or “Lexington-Style”) barbecue by eating in every restaurant we could find, schmooze with the local BBQ folks, and pick up on any local legend and lore. Because of Ray’s promotional schedule for his second book, we had less than a week to do it. I began the plan by consulting Bob Garner’s book, Guide to North Carolina Barbecue, and I selected the restaurants based on his comments, especially about which ones still cooked over oak or hickory coals, rather than gas or electric cookers. Read the story of our BBQuest right here.