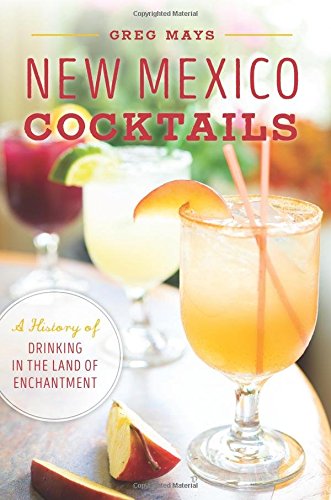 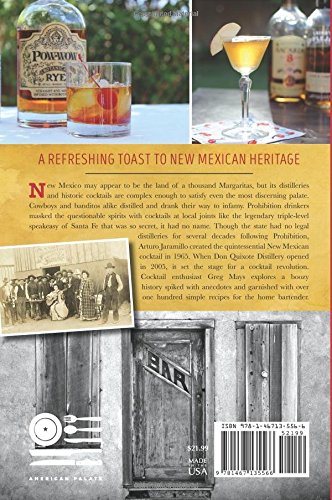 Greg Mays, expert mixologist and the author of this new book, writes that the margarita “is the king of cocktails in the Land of Enchantment.” That’s probably why his chapter on tequila is one of the longer chapters in his book that’s subtitled “Drinking in the Land of Enchantment.” The reader should note that by “drinking,” Mays means hard liquor. Beer and wine are not included in this book, which is part history and part recipes for mixed drinks and cocktails. The major types of liquor are covered plus liqueurs, vermouth and fortified wines, and absinthe and bitters. Mays does a good job tracking the history of liquor in the state and he is aided by the fact that New Mexico has, of this writing, seven distilleries producing craft spirits. None of them produce tequila, which can only be distilled in Mexico. This book is also a lot of fun to read. During prohibition, Las Vegas, north of Santa Fe, was famous for its Raisin Whiskey and the owner of the White Star bar in Old Town, Albuquerque was deported to Italy for bootlegging it! My favorite recipe in the book is courtesy of Ernest Hemingway.

Death in the Afternoon
Pour 1 ounce absinthe in a champagne flute. Top with 5 ounces chilled champagne.
Drink 3 to 5 of these slowly.