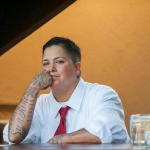 Marie Yniguez, chef and owner of Bocadillos at Green Jeans Farmery in Albuquerque, won the “Chopped” contest on the Food Network on February 28. “Being on “Chopped” was such a highlight of my professional life so far,” Yniguez said in a statement. “But, more than anything, I was excited to be there representing New Mexico. I’m born and raised here in New Mexico. New Mexico is in my blood and I’m proud to represent it, and my friends, family and community.” 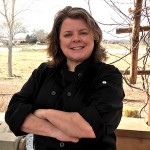 Previously, Carrie Eagle, who is the executive chef at Farm & Table, won $10,000 after beating out the competition on the Food Network’s “Chopped,” which aired January 31, 2017. “I like the energy,” she said of the show. “I wouldn’t make a career of cooking on TV. But in the competition setting, I like the opportunity to have a set of challenges and come through. Having been in those high-pressure situations, I felt that it prepared me (for the show). I opened my basket and I counted the four ingredients and began to work. It was intense.” 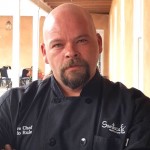 Back on November 1, 2016, executive chef of Santacafe, Fernando Ruiz, completed his journey from prison to national fame by winning the “Chopped” competition. He said he fell in love with cooking while watching his mom in the kitchen. During the episode, he confessed to the judges that he also learned to cook with expired food items while in prison. After winning the $10,000, Ruiz said it was all for his family. “I’m hoping to put a down payment on a house,” he said.

Once again, New Mexico chefs are proving that they have national-quality abilities.

505 Food Fights at the Show

A Great Lamb Recipe from Dishing Up New Mexico

A Few of My Favorite Things