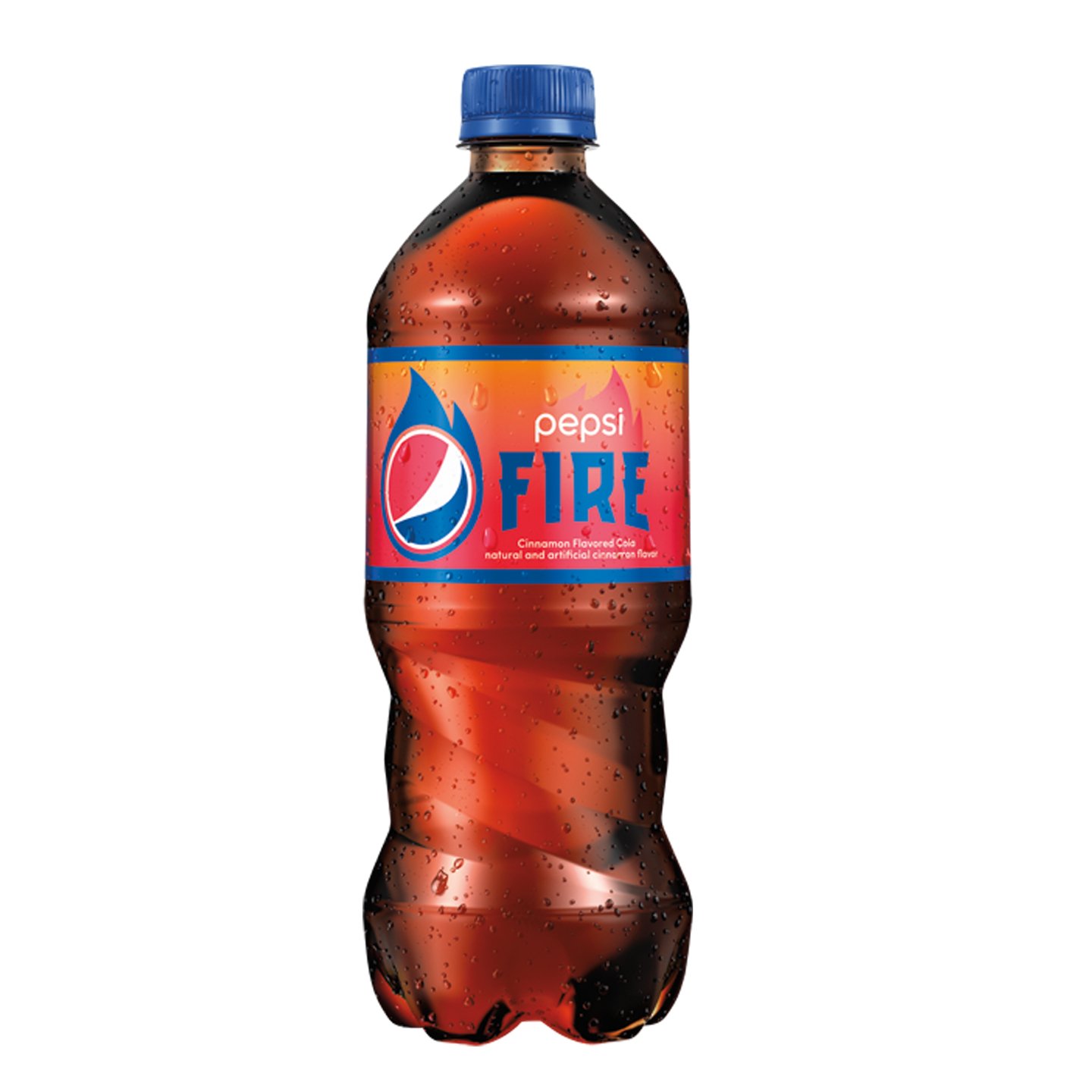 You’ve undoubtedly heard of capsaicin, the chemical that makes chile peppers hot. And you may have heard of isothiocyanate, the active ingredient in horseradish and black pepper. And now, with the introduction of Pepsi Fire on May 22, we have another chemical to add to our spicy lexicon: cinnamaldehyde. According to Wikipedia, it’s a “pale yellow, viscous liquid occurs in the bark of cinnamon trees and other species of the genus Cinnamomum. The essential oil of cinnamon bark is about 50% cinnamaldehyde.” It has anti-bacterial and anti-fungal properties and is loaded with antioxidants. Pepsi Fire joins a hot of other cinnamon-spiced drinks like Fireball Cinnamon Whiskey and candies likes Hot Tamales.

My Mouth’s on Fire