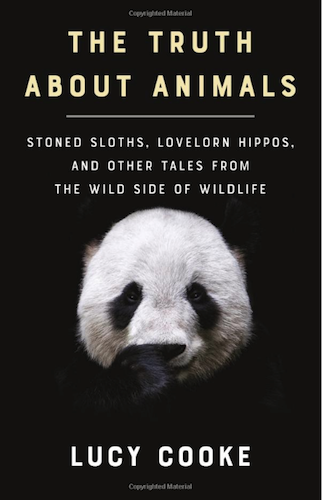 I have more than 150 books in the category of natural history in my library, so believe me when I say that this new book by the talented Lucy Cooke is now one of my favorites. I love her technique. She starts each chapter with quotes from “scientists” of the past whose opinions of certain animals are not only archaic, but in most cases dead wrong. She then reveals how the real scientists over the years figured out the truth about these animals and how the facts sometimes are more outrageous than the original statements. For example, early explorers and historians called the sloth “the stupidest animal that can be found in the world,” and “One more defect and they could not have existed.” By equating slow with a lack of intelligence, the early observers revealed their biases, when in reality, as Cooke demonstrates, the sloth’s 64 million years of existence on this planet proves that they are one of the most successful mammals of all time. And then she comes up with fact after fact that makes sloths come alive on the page, like it takes a sloth up to fifty days to digest its food and excrete it. Talk about a slow crap! She covers twelve animals; besides the sloth she describes the eel, beaver, hyena, vulture, bat, frog, stork. hippopotamus, moose, panda, penguin, and chimpanzee. She is also quite funny and I laughed out loud a lot while reading it. And she has academic credibility–a masters in zoology from the University of Oxford. Not only do I give this book my personal grade of A-, I’m never going to loan it to anyone.

New Fiction to Read–or Not