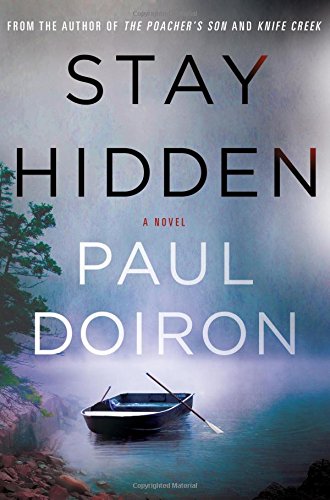 There is only one likable character in this entire book–Charley, the pilot, who plays a minor role, The main protagonist, Warden Investigator Mike Bowditch, is an oafish fool who wants to argue with the locals rather than conduct a professional investigation. For some unknown reason, all the femaie characters are all obnoxious. The plot is okay–a mystery about who shot a woman who stole her famous sister’s identity during deer hunting season on an island of the coast of Maine. The blurbs for the book are unrealistic: the characters are not well-drawn, the pacing is too slow to be “breathless” and there is not much action at all–unless you call an argument on every page “action.” Not recommended despite the average review of four stars on Amazon–I gave it a “D.” The cover, by the way, is great. 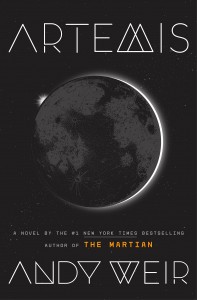 This sci-fi tale about the mining colony Artemis, on earth’s moon, is essentially a novel about plumbing. And welding, heating and cooling, electricity, and smuggling. The tech here is not like warp speed, telepathy, time travel and other fantasies. It’s about the basic technology that would be needed to have a functioning city on the moon that has a breathable atmosphere, water, power, and bars—all the necessities of life. The plot is told in the first person through the eyes and ears of Jasmine Bashara—Jazz—a twenty-some brilliant but unfulfilled daughter of a Muslim welder, who is offered a million slugs (moon currency) to sabotage a plant so a billionaire can take it over, which involves blowing up stuff on the surface of the moon—no easy task. By the author of The Martian, Andy Weir, Artemis has the same kind of low-tech gadgetry but a more filled-out plot. I liked it despite a little skimming through some of the particularly techy descriptions, and gave it a “B.” The cover, by the way, is mundane.