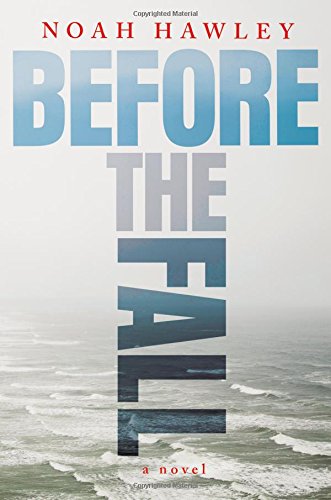 This new novel by producer, director, and screenwriter Noah Hawley has many of the amateur reviewers on Amazon.com completely buffaloed because they were expecting a typical thriller when what Hawley has really written is a highly ironic and character-driven whodunit. The book involves the crash of a private plane into the sea that kills some important people and the only survivors are a down-on-his-luck painter and a four-year-old boy. What caused the crash (“before the fall”) is supposedly the plot of the book, but a further irony in the novel is that it doesn’t matter whodunit because by the time we know, the main themes in the book have already been explored. Hawley demonstrates Socratic irony, dramatic irony, cosmic irony, romantic irony, understatement, overstatement, and even sarcasm in demonstrating how we and the media tend to blow things out of proportion, see conspiracies where they don’t exist, underestimate some situations and characters, and expect both life and fiction to have a linear plot. In the 1,401 Amazon reviews, 28% are 3 stars or below yet the overall average was 4 stars and fully 45% of the reviewers gave it 5 stars! The latter were the readers who had the patience to keep reading, mostly to try to figure out why several really likable–or totally innocent–characters died, and how the main character Scott had his life transformed by the tragedy of others–and that is the perhaps the crowning irony of the book. This is the best fiction I’ve read so far this year, and I gave it 4.5 stars. (Grand Central Publishing, 2016, 390 pages)

A Review of “Al Franken: Giant of the Senate”