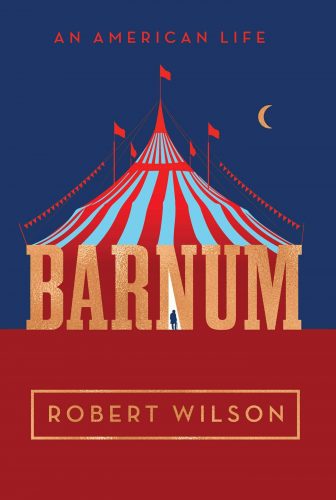 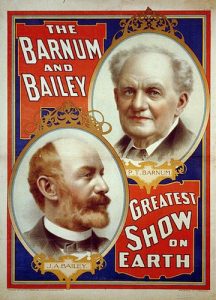 Robert Wilson, the latest biographer of Phineas Taylor Barnum, has written a business book as much as a biography, because Barnum, the serial entrepreneur, never stopped starting new businesses. When he and James Bailey launched Barnum and Bailey’s Greatest Show on Earth in 1882, Barnum was 71 years old. He seemingly lived by three rules: Never give up. Never say die. The show must go on. He made millions of dollars by promoting Tom Thumb, Jenny Lind, Jumbo the Elephant, and his American Museum, then squandered it all on bad investments. He took bankruptcy at age forty-six, started over, paid all his creditors, and made even more money, becoming one of the wealthiest men in America.

Today, the name Barnum conjures up a conman who suckered people endlessly with his schemes. But as Wilson points out in Barnum: An American Life: “Well after his death in 1891, his image in the public mind congealed around another phrase, this one attributed to Barnum himself: “There’s a sucker born every minute.” The cynical saying implies that he was no better than a huckster, whose chief goal was using fast talk to trick people out of their money while giving nothing in return. Even to this day, these words serve as shorthand for Barnum’s philosophy as a showman, but no evidence exists that he ever spoke or wrote them. What’s worse, they utterly misrepresent the man as he really was.”

Wilson notes: “By the end of his life, he was admired and respected not only in the United States but also across much of the globe. He had become as close to a global celebrity as a person could be at the time. Once Barnum said to President Ulysses S, Grant, ‘General, I think you are the best known American living,” to which Grant replied, ‘By no means. You beat me sky-high, for wherever I went…the constant inquiry was, Do you know Barnum?’” 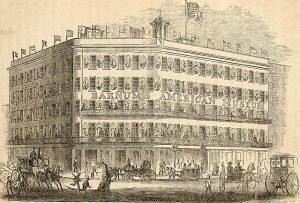 As good as this book is, it leaves out many of the most fascinating anecdotes about P.T. Barnum that are found in his two autobiographies and biographies by other authors. My favorite is about Barnum’s American Museum in New York City, which, with its thousands of bizarre displays, became the number one tourist attraction in the city. The admission charge was only a quarter, and the crowds of thousands of people a day were a huge problem for Barnum because they wouldn’t leave. Many brought lunches in sacks and stayed all day, causing long lines that disrupted traffic. Barnum’s solution? He added large signs with arrows that read “To the egress.” Curious customers, eager to see another wild display, followed the signs and stepped though a door that closed and locked behind them. They were standing in the alley outside the museum! But at least they learned that “egress” meant “exit.”

Phineas T. Barnum is one of my favorite heroes!