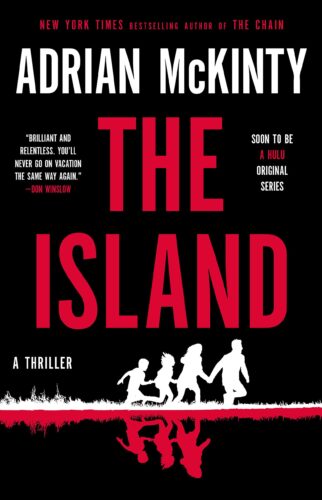 Adrian McKinty’s latest novel is the best thriller I’ve read so far this year. I’m familiar with this novelist, having read every title in his gritty Sean Duffy series that was set in his home town of Belfast, Northern Ireland. The setting of this book is thousands of miles away from Belfast–a small, rugged island off the coast of southeastern Australia. The two things I liked best about this thriller was its female protagonist and the fact that I didn’t have suspend my disbelief very much. In other words, it was believable. And although it was an extended chase scene, McKinty keeps the tension high as Heather Baxter must use all her wits and intelligence to protect her step-children from harm in a harsh outback environment where they have scant water and must survive on wombat roadkill. The story is so gripping that I literally postponed everything to finish this book. I should point out that McKinty has not only won the Edgar Award and the Anthony Award, but also the Ned Kelly Award three times! If you’re a fan of thrillers, don’t miss The Island.

Review of Eye of the Shoal