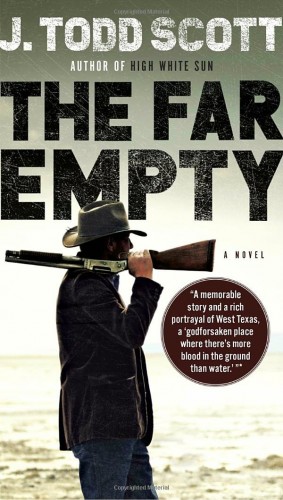 Full of mystery, suspense, and blood. Seventeen-year-old Caleb Ross believes that his father Standford, the sheriff of Murfee, a town in the wilds of West Texas, murdered his mother, who disappeared over a year ago. He turns to deputy Chris Cherry after Cherry discovers human remains that might be those of his mother, setting in motion a chain reaction of vengeance and violence. Written by a 20-year veteran DEA agent, J. Todd Scott, The Far Empty is a gritty, modern Western set in a bleak landscape where desperate men, driven by whiskey and meth, collude with narcotraficantes and collide with federal agents. With an excellent plot and great characters, this thriller is one of the best first novels I’ve ever read.

How to Cook Alligator Properly