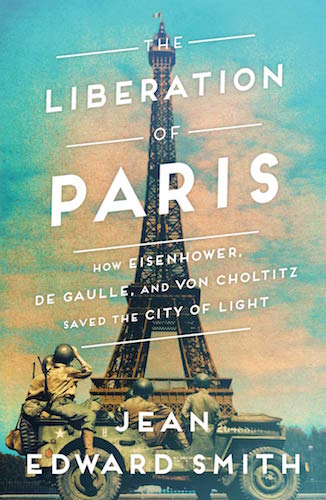 On August 23, 1944 Adolph Hitler sent a message to Dietrich von Choltitz, the occupying commander of Paris, demanding that the city be held against the oncoming Allies at all costs: “The defense of Paris is of decisive military and political significance. Its loss would tear open the coastal front north of the Seine and deprive Germany of bases for very long-range warfare against England. Historically, the loss of Paris always meant the loss of France. The Führer repeats his order that Paris has to be defended…. The strongest measures to quell insurrection inside the city must be taken…. The bridges across the Seine must be prepared for demolition. Paris must not fall into enemy hands except as a field of ruins.”
Von Choltitz, who hated Hitler but loved Paris, was in a difficult position. If he defied Hitler and did not destroy Paris before the Allies arrived, his family of a wife and three children living in Baden Baden would fall under the rule of Sippenhaft–they would be punished for his failure to obey orders and could possibly be executed. The fact that the order to destroy Paris had arrived too late for implementation would not matter.
His good friend Hans Speidel asked him what he intended to do. He said that he had ordered three tons of explosives in Notre Dame, two tons in the Dome at Les Invalides, and one ton in the Chamber of Deputies and that he was working to detonate the Arc de Triomphe to improve visibility. “And I’ll tell you what else I’ve ordered,” he said to Speidel. “The Madeleine and the Opera are taken together. And the Eiffel Tower. I’ll detonate it so its metal structure will lie in front of the destroyed bridges.”
Of course, von Choltitz was mocking the order from Hitler, and Speidel soon realized that his friend was illustrating the craziness of Hitler. But von Choltitz has a crazy plan of his own: send word to the Allies to get to Paris as soon as possible so he could surrender the city. He was committing the ultimate treason.
Von Choltitz was the key to the liberation of Paris and an unlikely ally of Charles de Gaulle and Dwight Eisenhower, and this excellent book by historian Jean Edward Smith reveals how the efforts of those three leaders saved a beloved city.