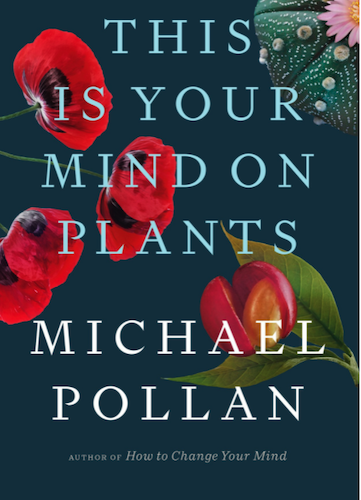 I love reading books about drugs, which is the reason I bought the hardcover edition of Michael Pollan’s latest book. Pollan, as you might remember, had a mega-hit twenty years ago with The Botany of Desire, but it’s been difficult for him to match the success of that best-seller with subsequent books. I enjoyed The Omnivore’s Dilemma, but I didn’t like Food Rules. Pollan has always been interested in drugs, particularly in hallucinogenics, and this new book has a lengthy section on mescaline and the cactus containing it, peyote. The two other sections of the book are about opium, and–oddly enough–caffeine.  I’m sure that most people with a passing interest in the subject will find this book fascinating, but for a person like me, well-read on the subject of drugs of all kinds, I had a problem: I wasn’t learning anything new. Pollan was just giving his opinions on the three drugs and his limited experiences with them, with the exception of caffeine, which he claims to have been addicted to. 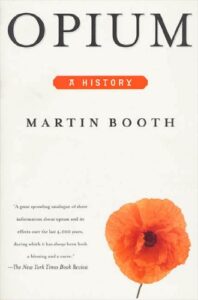 His discussion of poppies and opium barely scratches the surface of that topic. If you really want to learn about that drug, you  should read The Poppy: A Cultural History from Ancient Egypt to Flanders Fields to Afghanistan, by Nicholas J. Sanders and Opium: A History, by Martin Booth. Also, of historical interest. is Thomas DeQuincey’s Confessions of an English Opium-Eater (1821), which you can read for free, here.
Pollan’s section on mescaline is the most disappointing part of the book. The historical information on peyote and its legalization for use by members of the Native American Church is fine, but when Pollan starts discussing his own experiences with the drug (two: one with synthetic mescaline and another with tea made with the mescaline-containing San Pedro cactus) his narrative drifts into religion and trying to “figure out what it all means.” Forget it, Michael, this just  doesn’t work.  First, the best writing about mescaline was done by Aldous Huxley in The Doors of Perception (1954). Yes, the same writer who penned the science fiction classic Brave New World in 1932. Second, basing your discussion of psychedelic drug on two sessions, one alone with his wife, and another conducted by people who used the drug for religious purposes, is simply not enough. How do I know this? I was a young man in the 1960s and I experimented with opium, mescaline, LSD, cocaine, psilocybin, amphetamines. hashish, and cannabis–but not all of them at the same time! How many of  these drugs do I still use? One–cannabis. My point is that I have much more experience with psychedelic drugs than Michael Pollan, and a huge part of the psychedelic experience is the setting. The people, the location, the music, the food, religious beliefs, the conversations–even the weather–play important roles in the “trip,” but you don’t understand  what’s going on until you’ve taken many trips, and Pollan, to my  knowledge, has not done that, and it shows in this book.
The section on caffeine is the best part of This is Your Mind on Plants. This is because caffeine is unlike any other drug mentioned in this review, and Pollan, who admitted being addicted, tells of his trials and tribulations of quitting coffee and tea and colas cold-turkey. Where most drugs unfocus us–get us high, numb, stoned out, tripping, or whatever you want to call it, caffeine does the opposite–it focuses the mind, and Pollan does a great job describing the effect of caffeine on our mind and body. I know that caffeine is a drug, and a psychoactive one, but it seems more like a tool or a necessity than a recreational drug like, say, alcohol or cannabis.
In conclusion, if you want to learn the basic of these three drugs, buy the book. If you already know the basics, don’t buy it.

Two Things on My Mind This Morning