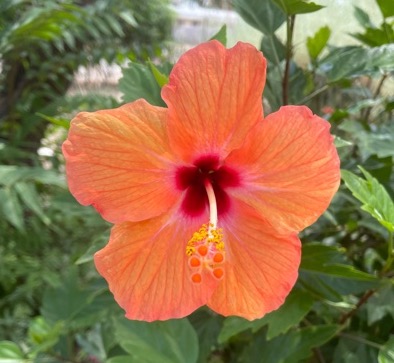 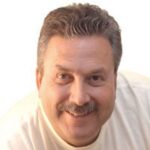 I was deeply saddened to learn of the recent death of a friend, Jack Aronson. Jack was the founder and CEO of Garden Fresh Salsa, one of our finest customers. Jack credited us–through  our show and the Scovie Awards–with inspiring him to launch Garden Fresh and then helping the company to grow. And grow it did! From 2003 to 2015, Garden Fresh Salsa exhibited in every Fiery Foods & Barbecue Show, and its products won a record 258 Scovie Awards. During this time period, Garden Fresh became the top-selling fresh (refrigerated) salsa in the United States. Jack ended up selling Garden Fresh Salsa to Campbell Soup for $233 million. Jack and Annette Aronson set aside $10 million to fund the Artichoke Garlic Foundation (named for the first flavor of salsa he made) after the sale of their company. The year the Aronsons sold the company, Garden Fresh had sales of $110 million and employed more than 450. Shortly after the sale closed, Jack called me and apologized (!) for no longer exhibiting in the show or entering the Scovies. That’s the kind of guy he was. Jack died in Ferndale, Michigan after a long fight with cancer. He was 68, and over his lifetime, Jack donated $25 million to various Michigan charities. R.I.P., my friend. 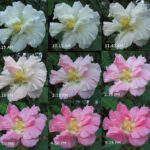 The brilliant peach-colored hibiscus flower at the top of the page is from a large pot on our front patio of mixed hibiscus varieties. The plants are about 40 years old and seem to produce more flowers each summer.  Hibiscus are among the most diverse flowers of any genus, with probably thousands of different shapes, sizes, colors, and patterns.  And many of the flowers are 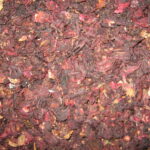 edible, but not in the sense of brightening up a dull salad. Rather, the dried flowers are steeped in hot water to make an herbal and floral tea. In Mexico, for some unknown reason, the dried flowers (at left) and tea are known as jamaica. One of the more interesting hibiscus flowers is that of Hibiscus mutabilis–the species name means “changeable.” And change it does: the flowers are white in the morning, turning pink during noon, and red in the evening of the same day.

Three Decades of Heat: Some Memories of the Fiery Foods Show, Part 2