I’ve never seen this “seafood” at a traditional supermarket before, but I’ve eaten frog legs in Louisiana and Mexico City. “After decades of frustration, one of the least well-known elements of the aquaculture industry, frog farming, could be poised for growth,” writes professor Greg Lutz. Read his article on frog farming here. And one of my favorite nature illustrators, Ernst Haeckel, has a nice frog illustration: 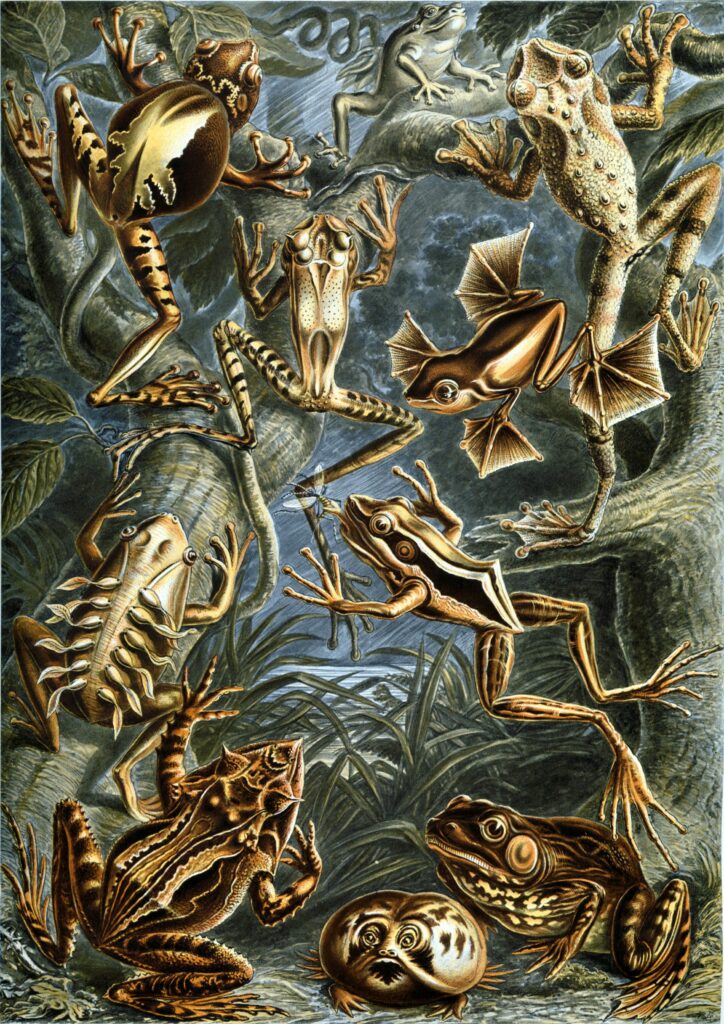 The American bullfrog is the largest frog in North America, growing up to eight inches long and weighing nearly two pounds. It is the state amphibian of Missouri, Ohio, and Oklahoma. I used to keep them as pets–along with leopard frogs–when I was a kid and had my own miniature zoo and pond. 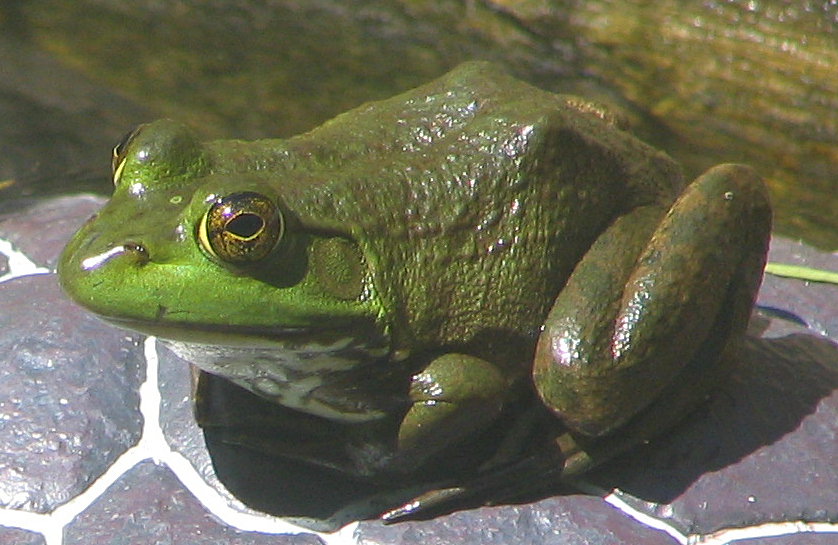 The Pumpkin That Outweighed a Ford Fiesta