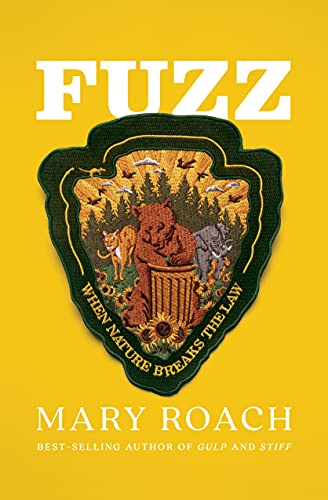 I have mixed feelings about this book. Parts of it are fascinating and brilliantly written; other parts are gross to the point of being downright disgusting. I mean, if you like reading about how seagulls shit in peoples’ mouths, or the precise details of what they vomit, then this book is for you! Maybe living for decades with a surname like Roach has convinced Mary that people expect that her writing will be gross.

Some of the best elements of this book are where she argues that mass killings of birds and animals that we regard as noxious pests are not the solution to resolving the problems that they cause. After all, if we wipe out twenty percent of a pests’ population, that leaves more food for the survivors, who will then breed more and the population of pests will soon bounce back up.

So how do we deal with pest animals that we wish to control? Let’s look at the problem of the albatrosses on Midway Island. During and after World War Two, the U.S. Navy was worried that the large albatross population would result in bird strikes that would down military aircraft and cost the lives of servicemen. So, the decision was made to reduce the numbers of “gooney birds.” First, they tried mass extermination. Because the birds are so tame, it was easy to send two hundred men with clubs through the land-nesting flocks and bash the birds to death. An estimated eighty thousand birds were killed the first year, but the following season, “there appeared to be as many albatrosses as before.”

Next, they tried harassment, using rifles, pistols, bazookas, and mortars to drive the birds away. But “no appreciable number” left their nests. The carbide exploders, burning tires, and flare guns were ineffective. They removed some of the bird by flying them to Japan, Guam, the Philippines, and Oahu aboard military aircraft. The albatrosses flew back to Midway—on their own wings. The navy started removing their nests, but the birds built new nests. They tried moving their eggs, but that failed. Finally, they tried mass extermination again, and again it didn’t work. Finally, they found the right solution: in 1993 the navy closed Naval Air Station Midway and today it’s known as Midway Atoll National Wildlife Refuge. And ironically, during all those years of attempted removal, the total number of albatross-downed aircraft was zero.

There are so many examples like this in the book that I grew tired of reading it. Okay, okay, I get the point: it’s futile to mess with Mother Nature.